M0re information on the good Dr and his inventions may be found here. 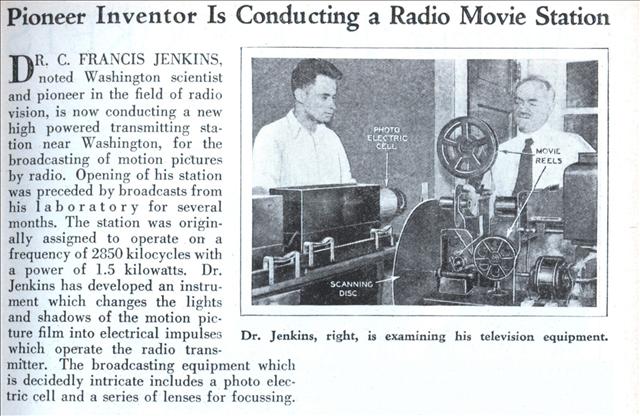 DR. C. FRANCIS JENKINS, noted Washington scientist and pioneer in the field of radio vision, is now conducting a new high powered transmitting station near Washington, for the broadcasting of motion pictures by radio. Opening of his station was preceded by broadcasts from his laboratory for several months. The station was originally assigned to operate on a frequency of 2850 kilocycles with a power of 1.5 kilowatts. Dr. Jenkins has developed an instrument which changes the lights and shadows of the motion picture film into electrical impulses which operate the radio transmitter. The broadcasting equipment which is decidedly intricate includes a photo electric cell and a series of lenses for focussing.