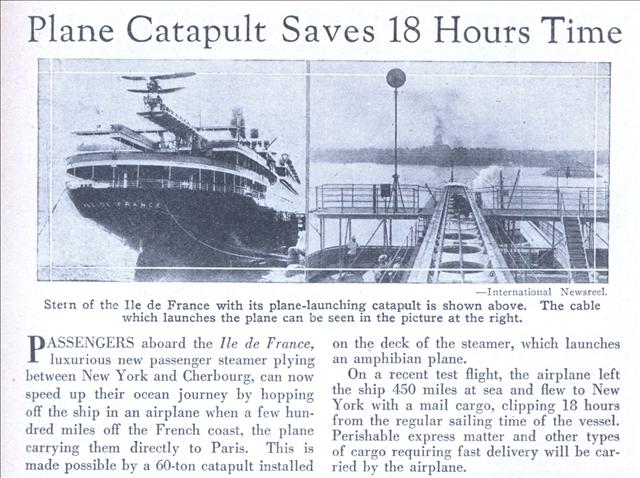 PASSENGERS aboard the Ile de France, luxurious new passenger steamer plying between New York and Cherbourg, can now speed up their ocean journey by hopping off the ship in an airplane when a few hundred miles off the French coast, the plane carrying them directly to Paris. This is made possible by a 60-ton catapult installed on the deck of the steamer, which launches an amphibian plane.

On a recent test flight, the airplane left the ship 450 miles at sea and flew to New York with a mail cargo, clipping 18 hours from the regular sailing time of the vessel. Perishable express matter and other types of cargo requiring fast delivery will be carried by the airplane.