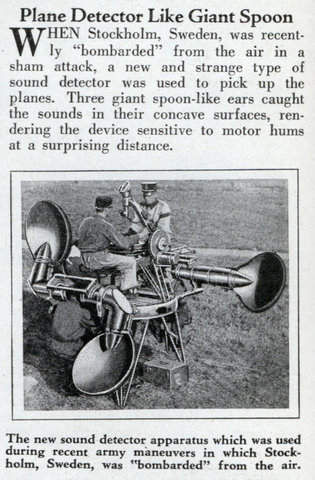 WHEN Stockholm, Sweden, was recently “bombarded” from the air in a sham attack, a new and strange type of sound detector was used to pick up the planes. Three giant spoon-like ears caught the sounds in their concave surfaces, rendering the device sensitive to motor hums at a surprising distance.