Plane Drops Motor in Case of Fire, Then Lands as Glider (Aug, 1929) 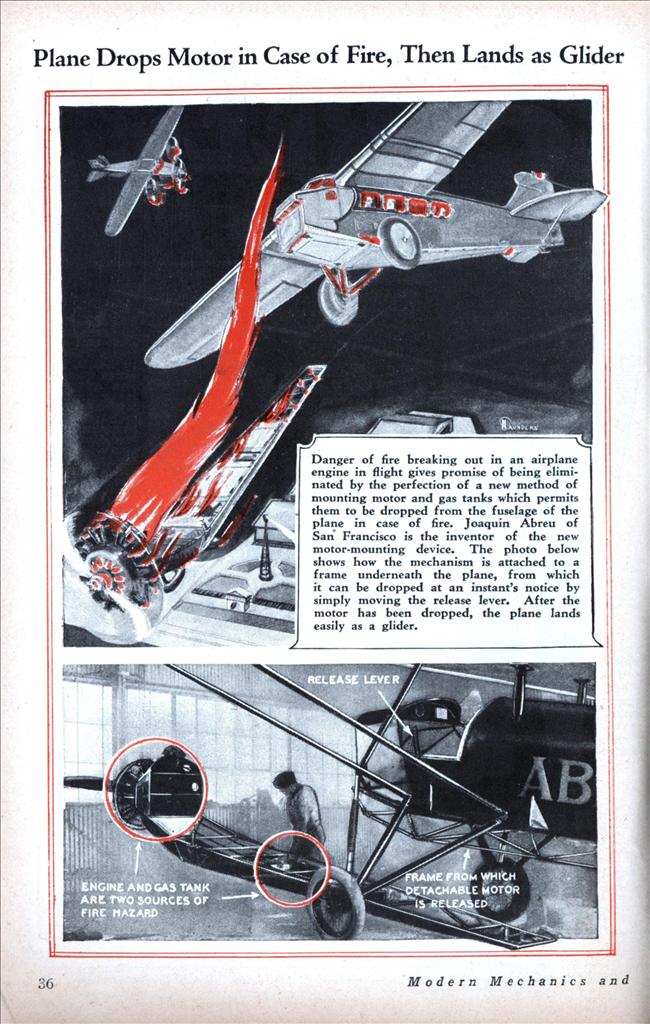 Plane Drops Motor in Case of Fire, Then Lands as Glider

Danger of fire breaking out in an airplane engine in flight gives promise of being eliminated by the perfection of a new method of mounting motor and gas tanks which permits them to be dropped from the fuselage of the plane in case of fire. Joaquin Abreu of San Francisco is the inventor of the new motor-mounting device. The photo below shows how the mechanism is attached to a frame underneath the plane, from which it can be dropped at an instant’s notice by simply moving the release lever. After the motor has been dropped, the plane lands easily as a glider.