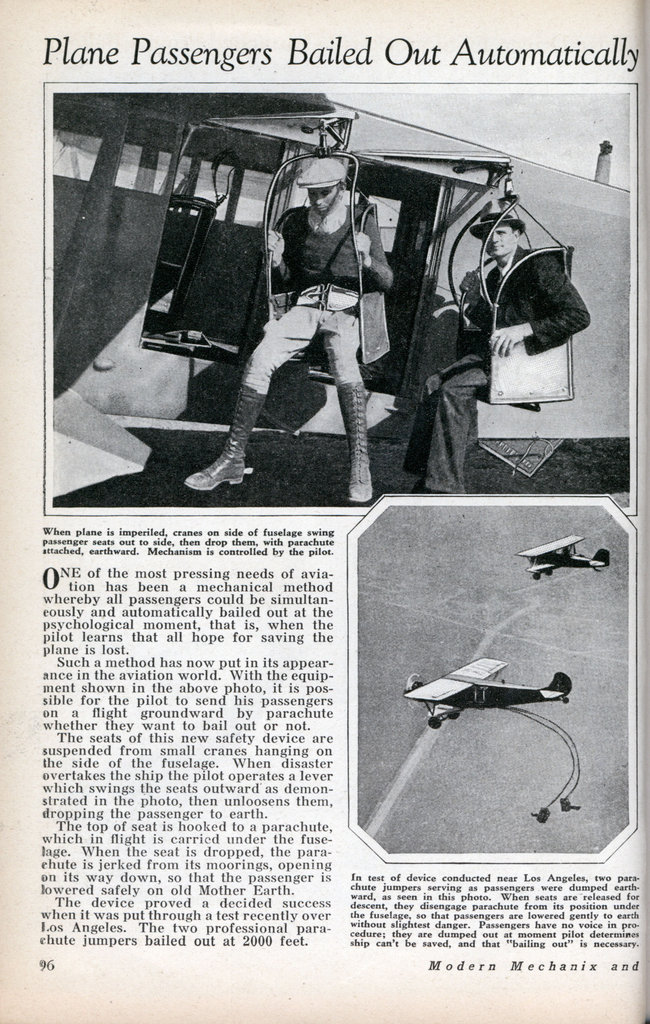 ONE of the most pressing needs of aviation has been a mechanical method whereby all passengers could be simultaneously and automatically bailed out at the psychological moment, that is, when the pilot learns that all hope for saving the plane is lost.

Such a method has now put in its appearance in the aviation world. With the equipment shown in the above photo, it is possible for the pilot to send his passengers on a flight groundward by parachute whether they want to bail out or not.

The seats of this new safety device are suspended from small cranes hanging on the side of the fuselage. When disaster overtakes the ship the pilot operates a lever which swings the seats outward as demonstrated in the photo, then unloosens them, dropping the passenger to earth.

The top of seat is hooked to a parachute, which in flight is carried under the fusellage. When the seat is dropped, the parachute is jerked from its moorings, opening on its way down, so that the passenger is lowered safely on old Mother Earth.

The device proved a decided success when it was put through a test recently over Los Angeles. The two professional parachute jumpers bailed out at 2000 feet.