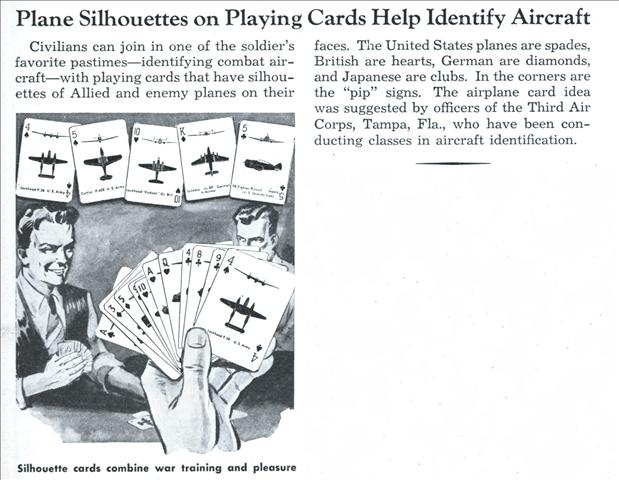 Civilians can join in one of the soldier’s favorite pastimes—identifying combat aircraft—with playing cards that have silhouettes of Allied and enemy planes on their faces. The United States planes are spades, British are hearts, German are diamonds, and Japanese are clubs. In the corners are the “pip” signs. The airplane card idea was suggested by officers of the Third Air Corps, Tampa, Fla., who have been conducting classes in aircraft identification.