How would they turn sideways? Wouldn’t it be impossible to do all the other stuff on the ground? Like, you know, get on the plane? 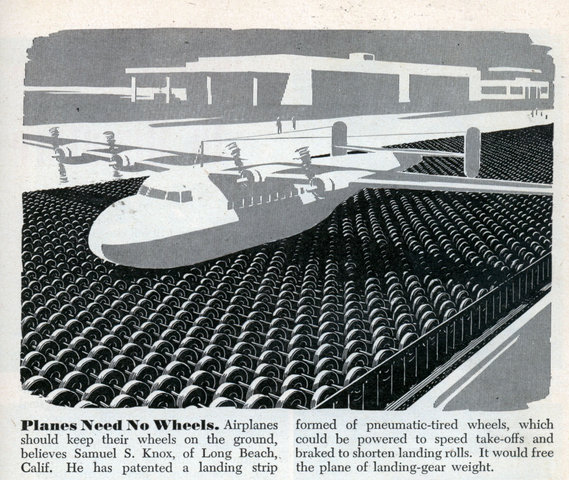 Airplanes should keep their wheels on the ground, believes Samuel S. Knox, of Long Beach,. Calif. He has patented a landing strip formed of pneumatic-tired wheels, which could be powered to speed take-offs and braked to shorten landing rolls. It would free the plane of landing-gear weight.