Nothing says Playboy like a 40hp engine. Also, wouldn’t you think that an ad for a car called “Playboy” would have a man driving it? 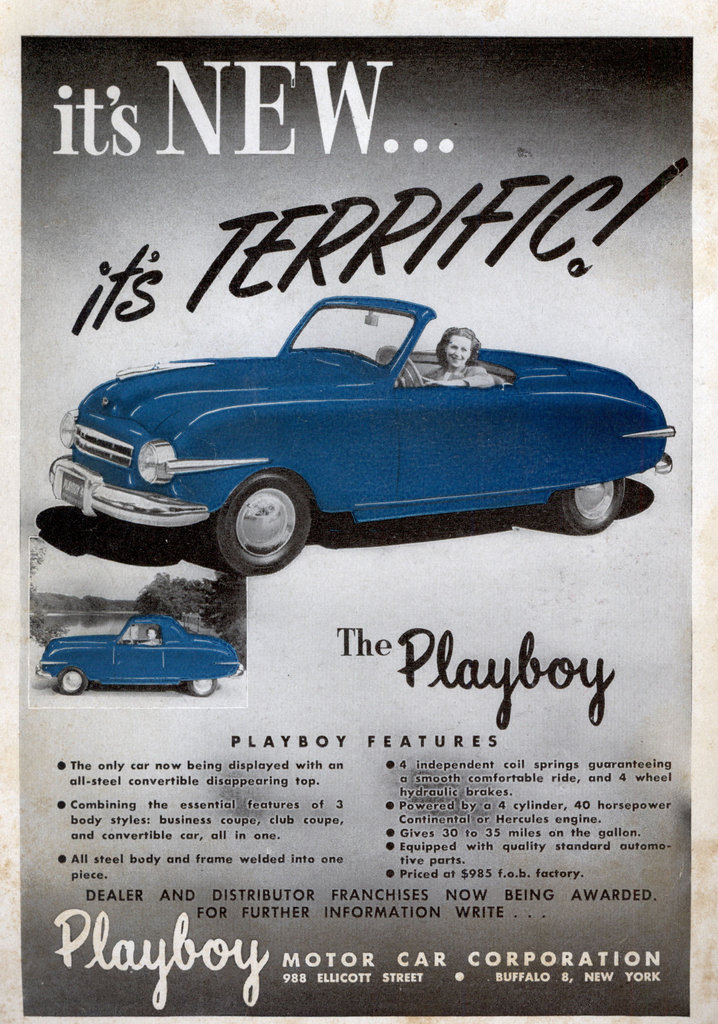