Now they have Segways. 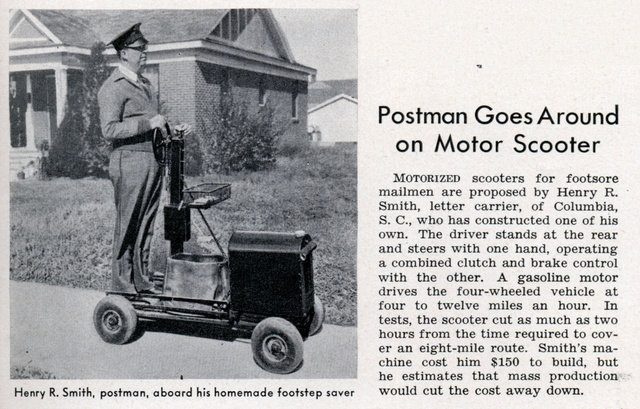 Postman Goes Around on Motor Scooter
Motorized scooters for footsore mailmen are proposed by Henry R. Smith, letter carrier, of Columbia, S. C, who has constructed one of his own. The driver stands at the rear and steers with one hand, operating a combined clutch and brake control with the other. A gasoline motor drives the four-wheeled vehicle at four to twelve miles an hour. In tests, the scooter cut as much as two hours from the time required to cover an eight-mile route. Smith’s machine cost him $150 to build, but he estimates that mass production would cut the cost away down.