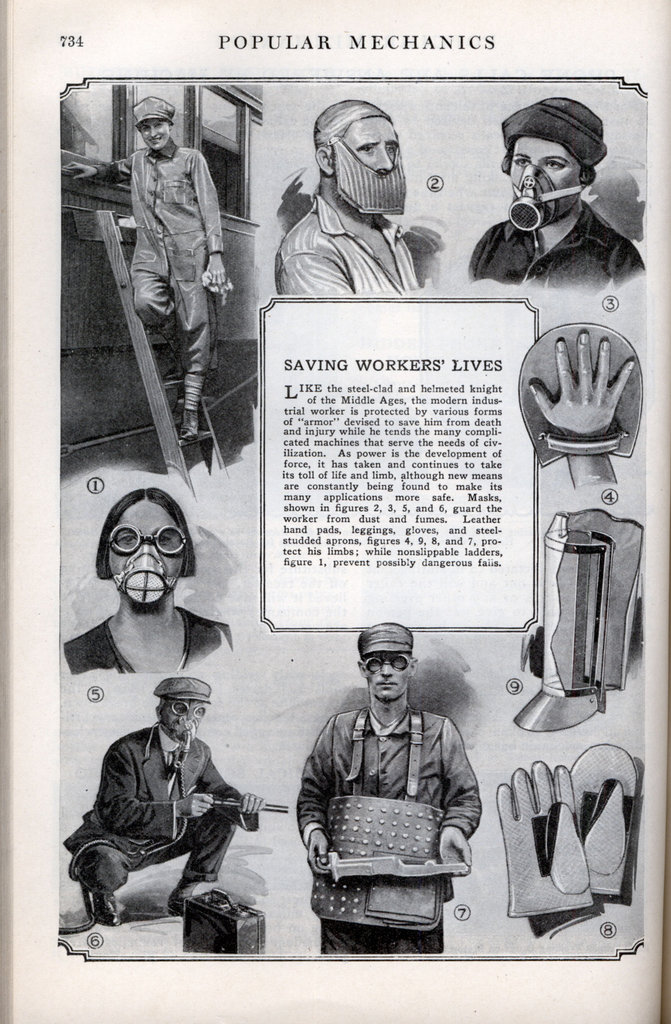 Power’s Toll of Life and Limb Cut Down

Safety Is Sought for Mankind through Science, First in Industry, Today on the Streets, and Tomorrow in the Home

By LEWIS A. DeBOIS President, The National Safety Council

WE are today riding the crest of what is one of the most remarkable waves of moral progress that has ever swept a country.

The world has become mechanical.

“Harnessing Niagara” was an achievement. Conveying its force to great distances was an accomplishment. But to make Niagara free itself into little cubes in the millionaire’s kitchen, brown the buckwheat cakes on the foreman’s breakfast table, and drive the sewing machine in the third floor back, transcends any of Aladdin’s mythical efforts.

Not content with harnessing mere coal deposits and rivers, man harnessed the oil fields, and with what result?â€”the development of cheap light and mechanical motive power enabling him to “flivver” the sea, the air, and the surface of the land until the very congestion of the highways threatens to curtail future flivver production.

See also what the gas engine is doing for the farmsâ€”the last stronghold of horsepower. The up-to-date farmer plows, reaps, threshes, harvests, milks, and goes to market by mechanical power. His wife churns, pumps, sews, and sometimes cooks with it. And, when the day’s work is done, they sit together under its light and listen to music which power is broadcasting from a thousand miles away.

First, into our industrial life; next, into our public life, and finally, into our home life have crept the manifold applications of power to our daily needs. By reducing the limitations imposed upon us by space and time, they have served to broaden our minds, to increase our physical comforts, and to extend immeasurably our individual, economic usefulness.

But, because power is the application of force, it has taken, and continues to take, its toll of life and limb. The path of its application to man’s needs is marked with bloodâ€”first, in the industries, some of which a decade ago were called “slaughter houses,” today upon the streets, where every man’s life is in jeopardyâ€”perhaps tomorrow within the homes, its latest field of conquest.

Nature’s own efforts to protect the individual of the species from the dangers of his environment are marvelous, but they are inexorably slow. Protective coloration, for example, is only developed little by little from generation to generation. Even the individual adaptability of the chameleon to his background does not permit him to change color instantly. Human efforts at protection will always lag far behind the inception and even the conception of the hazard. It seems that an incredible number of human beings must be killed or injured before the public conscience is aroused.

It is true that a majority of industrial establishments have at last become safe places in which to work, and yet, the automobile has been allowed to take a toll of 100,000 lives in this country alone, and the annual increase in deaths has by no means been arrested. It is our human failing not to foresee these evils, and our human weakness to close our eyes to their appalling growth, until we awake to find in their elimination a huge national problem difficult of solution.