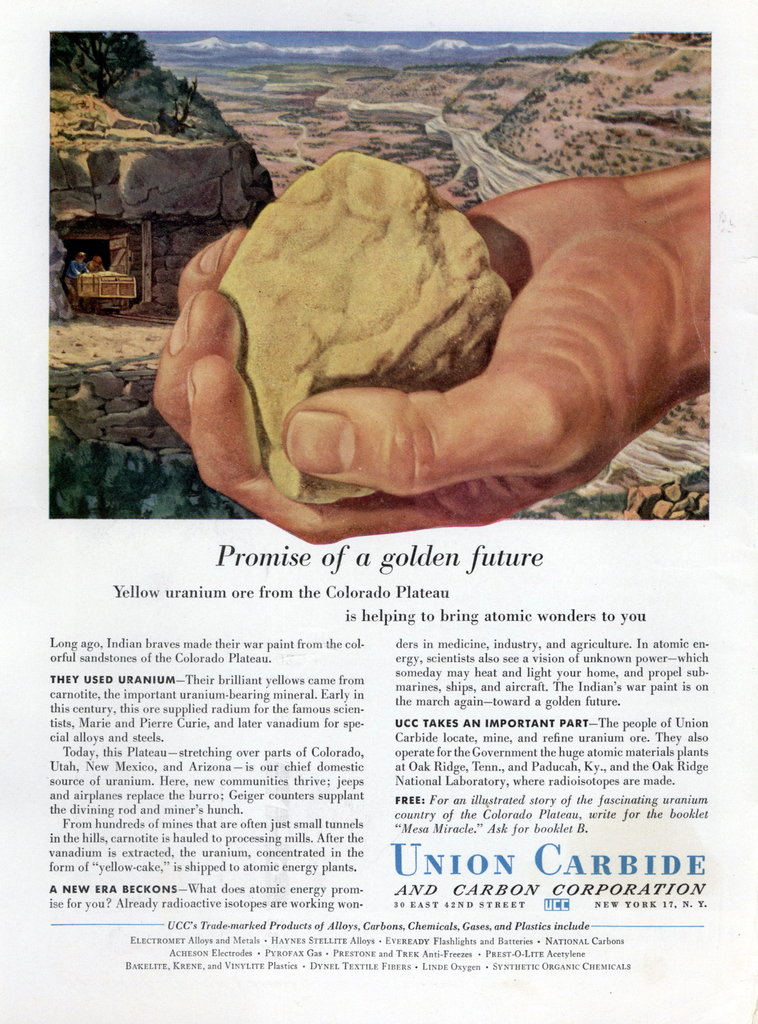 Long ago, Indian braves made their war paint from the colorful sandstones of the Colorado Plateau.

From hundreds of mines that are often just small tunnels in the hills, carnotite is hauled to processing mills. After the vanadium is extracted, the uranium, concentrated in the form of “yellow-cake,” is shipped to atomic energy plants.

A NEW ERA BECKONSâ€”What does atomic energy promise for you? Already radioactive isotopes are working won-
ders in medicine, industry, and agriculture. In atomic energy, scientists also see a vision of unknown powerâ€”which someday may heat and light your home, and propel submarines, ships, and aircraft. The Indian’s war paint is on the march againâ€”toward a golden future.

UCC TAKES AN IMPORTANT PART-The people of Union Carbide locate, mine, and refine uranium ore. They also operate for the Government the huge atomic materials plants at Oak Ridge, Tenn., and Paducah, Ky., and the Oak Ridge National Laboratory, where radioisotopes are made.

FREE: For an illustrated story of the fascinating uranium country of the Colorado Plateau, write for the booklet “Mesa Miracle.” Ask for booklet B.
Union Carbide AND CARBON CORPORATION
30 EAST 42ND STREET, NEW YORK 17, N. Y.