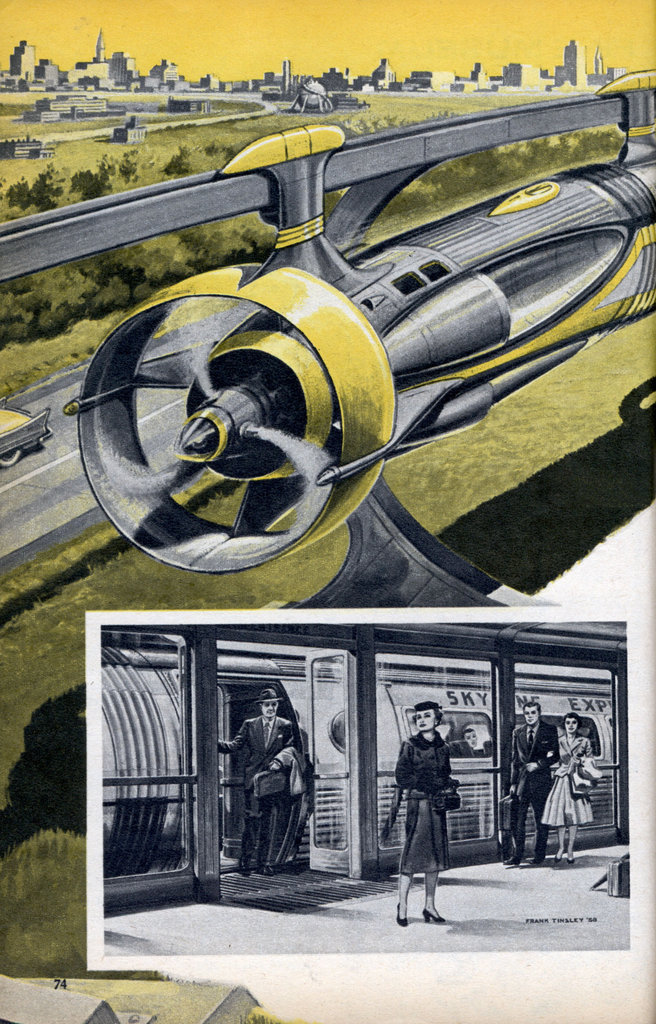 THE propeller-driven monorail train zooming out of New York’s Pennsylvania Station accelerates from zero to 115 mph in a little over one mile. Its destination, Washington, D. C, will be reached in record time.

The Mi-designed PDT would be a monorail slung from an overhead track. Its jointed cylindrical body lends itself perfectly to effective streamlining and propeller drive.

The PDT engine at the rear is run by remote control from the cab at the front of the train. Instrument readings are made via closed-circuit TV. The three-bladed propeller is reversible, serving as a pusher in forward “flight” and as a puller for braking and reverse. Air for engine operation and cooling is sucked in through large scoops and expelled aft through the propeller blades, contained in a ring-like shroud for efficiency and safety.

Station platforms would be enclosed in glass (see illustration) because slipstream blasts would be formidable, even at low speeds. As the train brakes to a halt, the station access doors open outward to form windbreaks, and an extension platform slides out against the car’s side.

Passengers would step off clean, relaxed and untired from what may be the train of tomorrow.