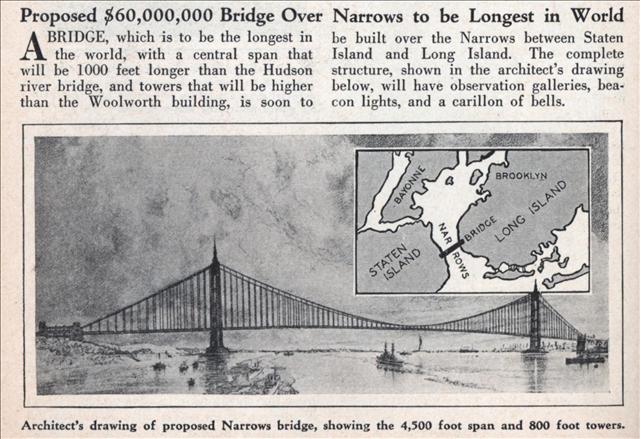 A BRIDGE, which is to be the longest in the world, with a central span that will be 1000 feet longer than the Hudson river bridge, and towers that will be higher than the Woolworth building, is soon to be built over the Narrows between Staten Island and Long Island. The complete structure, shown in the architect’s drawing below, will have observation galleries, beacon lights, and a carillon of bells.