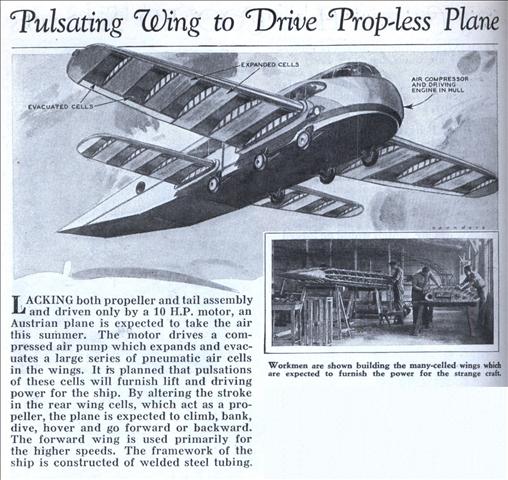 Pulsating Wing to Drive Propless Plane
LACKING both propeller and tail assembly and driven only by a 10 H.P. motor, an Austrian plane is expected to take the air this summer. The motor drives a compressed air pump which expands and evacuates a large series of pneumatic air cells in the wings. It is planned that pulsations of these cells will furnish lift and driving power for the ship. By altering the stroke in the rear wing cells, which act as a propeller, the plane is expected to climb, bank, dive, hover and go forward or backward. The forward wing is used primarily for the higher speeds. The framework of the ship is constructed of welded steel tubing.