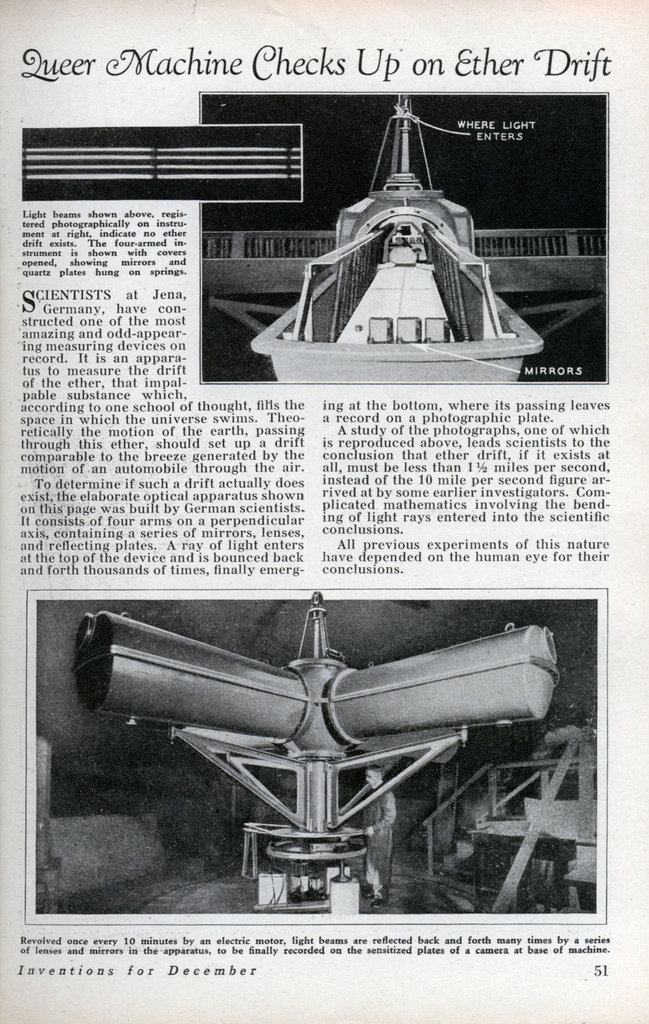 SCIENTISTS at Jena, Germany, have constructed one of the most amazing and odd-appearing measuring devices on record. It is an apparatus to measure the drift of the ether, that impalpable substance which, according to one school of thought, fills the space in which the universe swims. Theoretically the motion of the earth, passing through this ether, should set up a drift comparable to the breeze generated by the motion of an automobile through the air.

To determine if such a drift actually does exist, the elaborate optical apparatus shown on this page was built by German scientists It consists of four arms on a perpendicular axis, containing a series of mirrors, lenses, and reflecting plates. A ray of light enters at the top of the device and is bounced back and forth thousands of times, finally emerging at the bottom, where its passing leaves a record on a photographic plate.

A study of the photographs, one of which is reproduced above, leads scientists to the conclusion that ether drift, if it exists at all, must be less than 1 1/2 miles per second, instead of the 10 mile per second figure arrived at by some earlier investigators. Complicated mathematics involving the bending of light rays entered into the scientific conclusions.

All previous experiments of this nature have depended on the human eye for their conclusions.