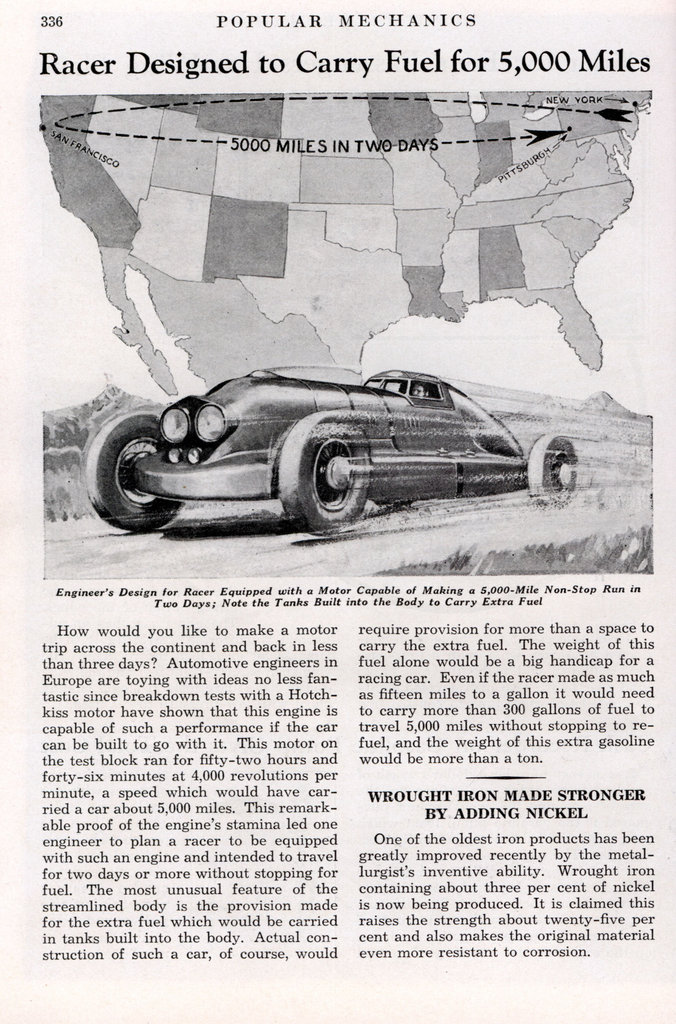 Racer Designed to Carry Fuel for 5,000 Miles
How would you like to make a motor trip across the continent and back in less than three days? Automotive engineers in Europe are toying with ideas no less fantastic since breakdown tests with a Hotchkiss motor have shown that this engine is capable of such a performance if the car can be built to go with it. This motor on the test block ran for fifty-two hours and forty-six minutes at 4,000 revolutions per minute, a speed which would have carried a car about 5,000 miles. This remarkable proof of the engine’s stamina led one engineer to plan a racer to be equipped with such an engine and intended to travel for two days or more without stopping for fuel. The most unusual feature of the streamlined body is the provision made for the extra fuel which would be carried in tanks built into the body. Actual construction of such a car, of course, would require provision for more than a space to carry the extra fuel. The weight of this fuel alone would be a big handicap for a racing car. Even if the racer made as much as fifteen miles to a gallon it would need to carry more than 300 gallons of fuel to travel 5,000 miles without stopping to refuel, and the weight of this extra gasoline would be more than a ton.