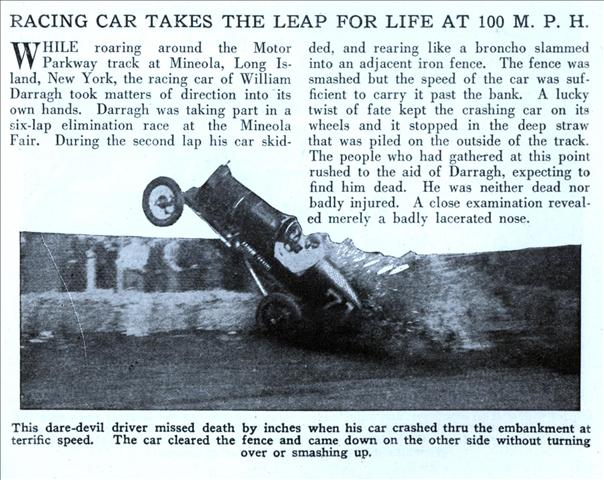 WHILE roaring around the Motor Parkway track at Mineola, Long Island, New York, the racing car of William Darragh took matters of direction into its own hands. Darragh was taking part in a six-lap elimination race at the Mineola Fair. During the second lap his car skidded, and rearing like a broncho slammed into an adjacent iron fence. The fence was smashed but the speed of the car was sufficient to carry it past the bank. A lucky twist of fate kept the crashing car on its wheels and it stopped in the deep straw that was piled on the outside of the track. The people who had gathered at this point rushed to the aid of Darragh, expecting to find him dead. He was neither dead nor badly injured. A close examination revealed merely a badly lacerated nose.