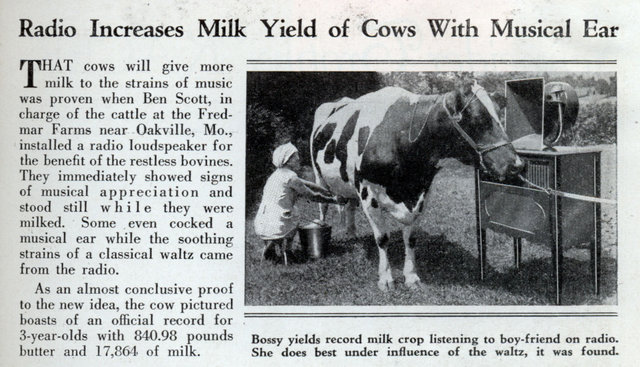 THAT cows will give more milk to the strains of music was proven when Ben Scott, in charge of the cattle at the Fred-mar Farms near Oakville, Mo., installed a radio loudspeaker for the benefit of the restless bovines.

They immediately showed signs of musical appreciation and stood still while they were milked. Some even cocked a musical ear while the soothing strains of a classical waltz came from the radio.

As an almost conclusive proof to the new idea, the cow pictured boasts of an official record for 3-year-olds with 840.98 pounds butter and 17,864 of milk.