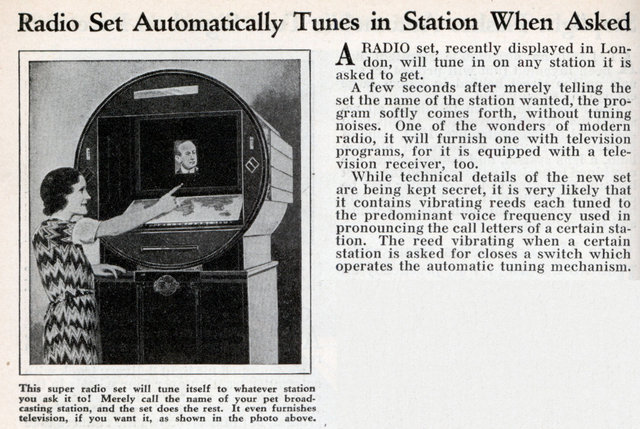 A RADIO set, recently displayed in London, will tune in on any station it is asked to get.

A few seconds after merely telling the set the name of the station wanted, the program softly comes forth, without tuning noises. One of the wonders of modern radio, it will furnish one with television programs, for it is equipped with a television receiver, too.

While technical details of the new set are being kept secret, it is very likely that it contains vibrating reeds each tuned to the predominant voice frequency used in pronouncing the call letters of a certain station. The reed vibrating when a certain station is asked for closes a switch which operates the automatic tuning mechanism.