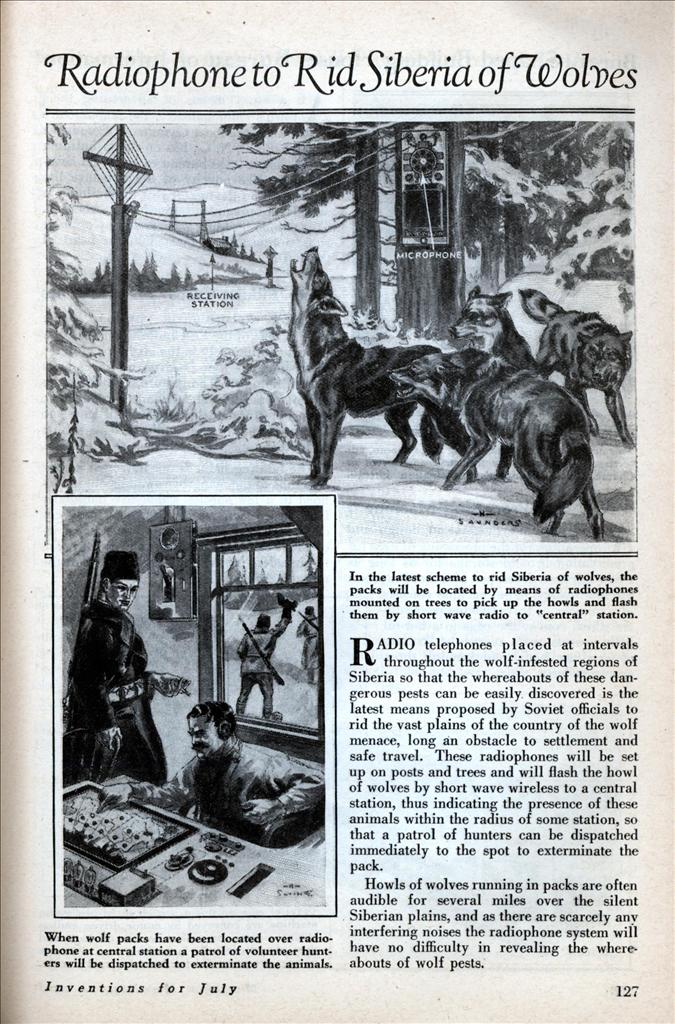 Radiophone to Rid Siberia of Wolves

RADIO telephones placed at intervals throughout the wolf-infested regions of Siberia so that the whereabouts of these dangerous pests can be easily discovered is the latest means proposed by Soviet officials to rid the vast plains of the country of the wolf menace, long an obstacle to settlement and safe travel. These radiophones will be set up on posts and trees and will flash the howl of wolves by short wave wireless to a central station, thus indicating the presence of these animals within the radius of some station, so that a patrol of hunters can be dispatched immediately to the spot to exterminate the pack.

Howls of wolves running in packs are often audible for several miles over the silent Siberian plains, and as there are scarcely any interfering noises the radiophone system will have no difficulty in revealing the whereabouts of wolf pests.