Illustrated World
Issue: Jun, 1917
Posted in: Telephone
7 Comments on Raising a Switchboard One Floor without Stopping the Telephone Service (Jun, 1917)

Raising a Switchboard One Floor without Stopping the Telephone Service (Jun, 1917) 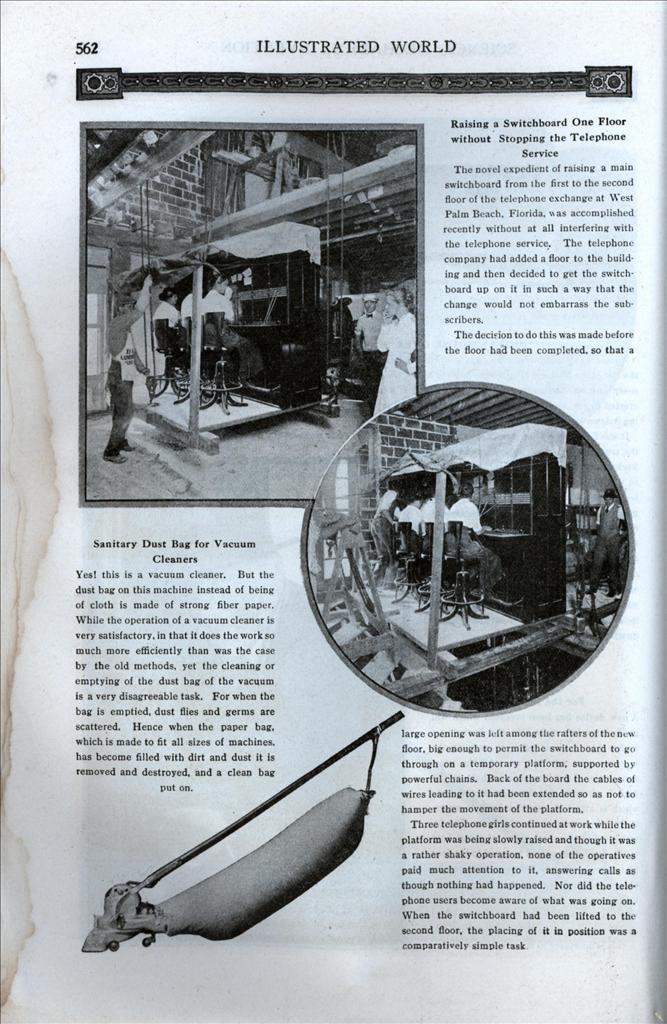 Raising a Switchboard One Floor without Stopping the Telephone Service

The novel expedient of raising a main switchboard from the first to the second floor of the telephone exchange at West Palm Beach, Florida, was accomplished recently without at all interfering with the telephone service. The telephone company had added a floor to the building and then decided to get the switchboard up on it in such a way that the change would not embarrass the subscribers.

The decision to do this was made before the floor had been completed, so that a large opening was left among the rafters of the new floor, big enough to permit the switchboard to go through on a temporary platform, supported by powerful chains. Back of the board the cables of wires leading to it had been extended so as not to hamper the movement of the platform.

Three telephone girls continued at work while the platform was being slowly raised and though it was a rather shaky operation, none of the operatives paid much attention to it, answering calls as though nothing had happened. Nor did the telephone users become aware of what was going on. When the switchboard had been lifted to the second floor, the placing of it in position was a comparatively simple task