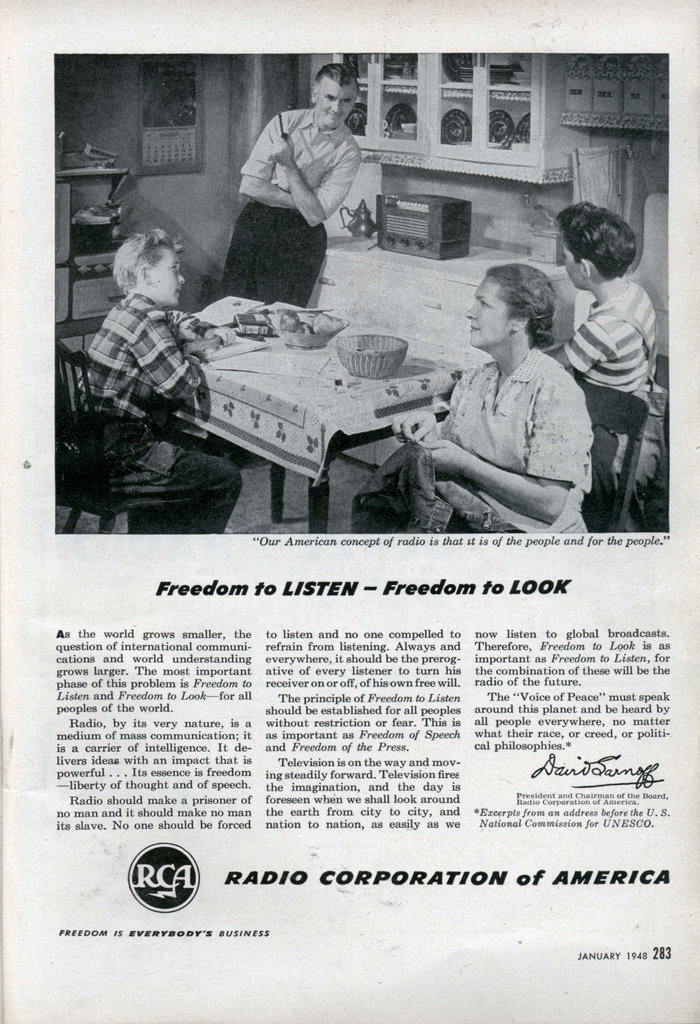 As the world grows smaller, the question of international communications and world understanding grows larger. The most important phase of this problem is Freedom to Listen and Freedom to Lookâ€”for all peoples of the world.

Radio, by its very nature, is a medium of mass communication; it is a carrier of intelligence. It delivers ideas with an impact that is powerful … Its essence is freedom â€”liberty of thought and of speech.

Radio should make a prisoner of no man and it should make no man its slave. No one should be forced to listen and no one compelled to refrain from listening. Always and everywhere, it should be the prerogative of every listener to turn his receiver on or off, of his own free will.

The principle of Freedom to Listen should be established for all peoples without restriction or fear. This is as important as Freedom of Speech and Freedom of the Press.

Television is on the way and moving steadily forward. Television fires the imagination, and the day is foreseen when we shall look around the earth from city to city, and nation to nation, as easily as we now listen to global broadcasts.

Therefore, Freedom to Look is as important as Freedom to Listen, for the combination of these will be the radio of the future.

The “Voice of Peace” must speak around this planet and be heard by all people everywhere, no matter what their race, or creed, or political philosophies.