This is some brilliant marketing here. Other brands of radio tubes may be as good as Radiotron, and yeah they may be cheaper, but that just means we’re the standard.

Ok, but why shouldn’t I buy the cheaper ones again? 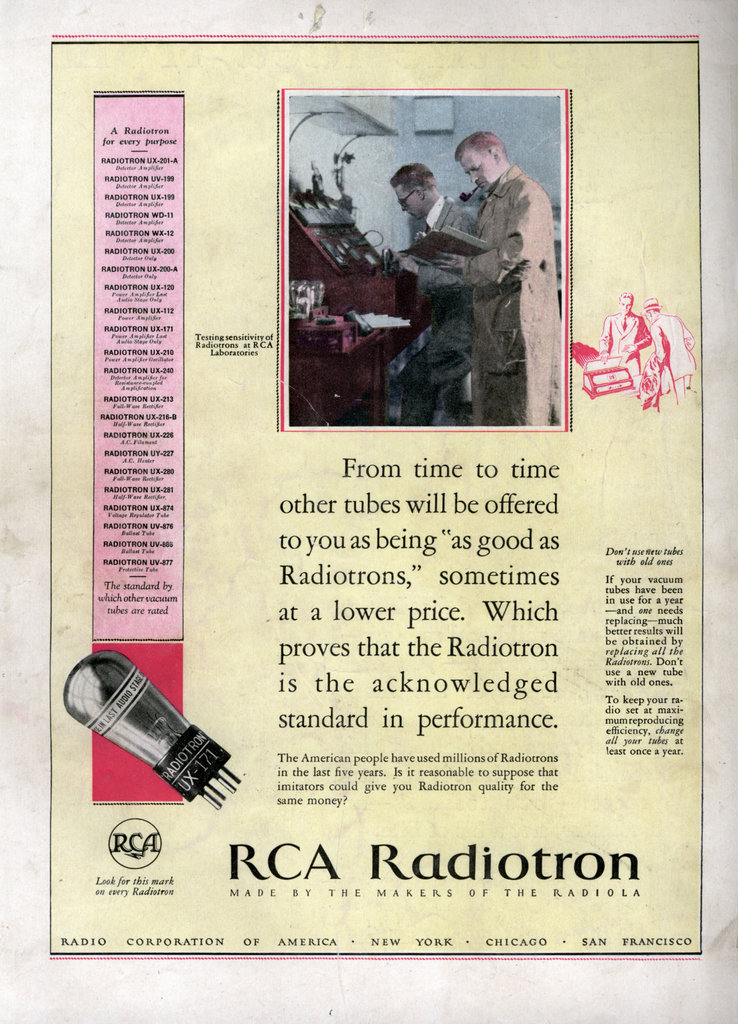 From time to time other tubes will be offered to you as being “as good as Radiotrons,” sometimes at a lower price. Which proves that the Radiotron is the acknowledged standard in performance.

The American people have used millions of Radiotrons in the last five years. Is it reasonable to suppose that imitators could give you Radiotron quality for the same money?

Don’t use new tubes with old ones

If your vacuum tubes have been in use for a year â€”and one needs replacingâ€”much better results will be obtained by replacing all the
Radiotrons. Don’t use a new tube with old ones.

To keep your radio set at maximum reproducing efficiency, change all your tubes at least once a year.