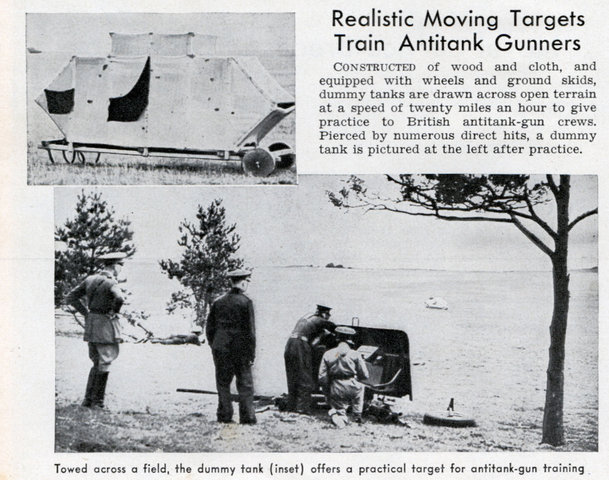 Realistic Moving Targets Train Antitank Gunners
Constructed of wood and cloth, and equipped with wheels and ground skids, dummy tanks are drawn across open terrain at a speed of twenty miles an hour to give practice to British antitank-gun crews. Pierced by numerous direct hits, a dummy tank is pictured at the left after practice.