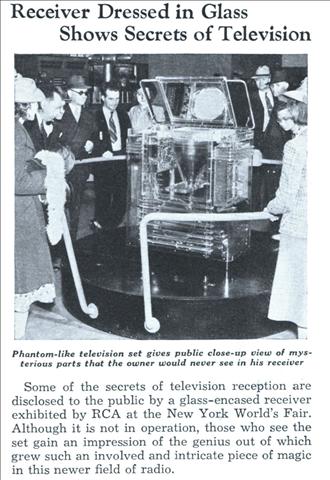 Some of the secrets of television reception are disclosed to the public by a glass-encased receiver exhibited by RCA at the New York World’s Fair. Although it is not in operation, those who see the set gain an impression of the genius out of which grew such an involved and intricate piece of magic in this newer field of radio.