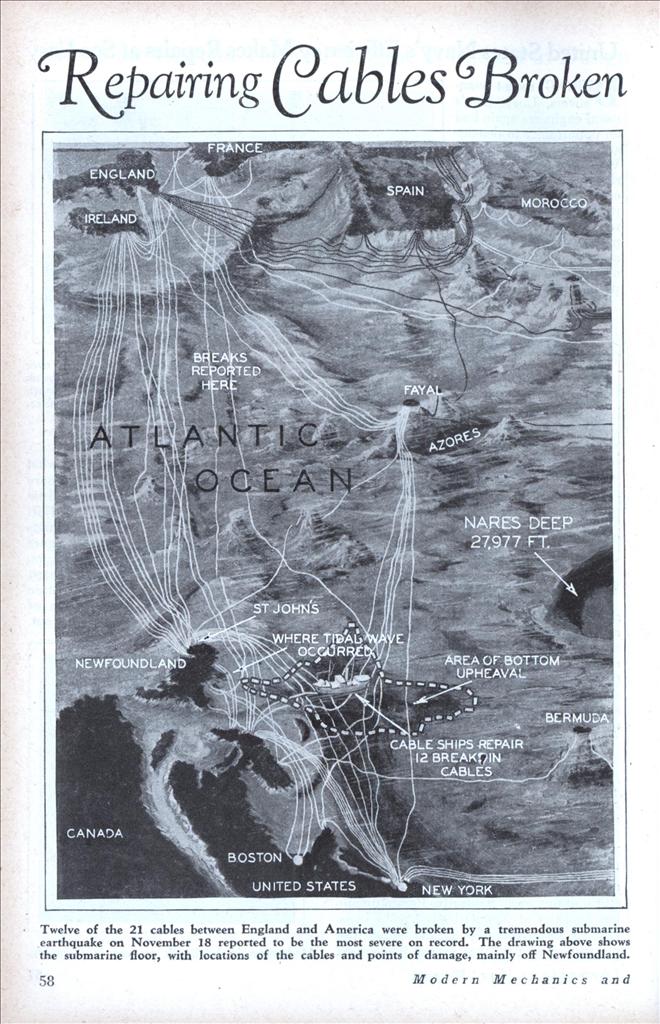 Twelve of the 21 cables between England and America were broken by a tremendous submarine earthquake on November 18 reported to be the most severe on record. The drawing above shows the submarine floor, with locations of the cables and points of damage, mainly off Newfoundland.

The break in a cable is found by determining its resistance in ohms, which is double the mileage; i.e., 1200 ohms indicates the break to be 600 miles away. Using special grapnels, the cable ship drags for the broken ends. When one is recovered it is floated from a buoy until the other end is found, to which is spliced fresh cable from the ship’s hold. This is then paid out, the ship steaming slowly toward the buoy where the other end rests, and these two parts are spliced together with a special tool as shown in the drawing. The photo in the circle shows workmen with a broken cable end just recovered. The cross-sectional drawing of a typical cable ship shows how the cable is disposed in special holds, being unrolled and paid out through pulleys over the bow of the boat.