This seems like a pretty weird way to rescue people… 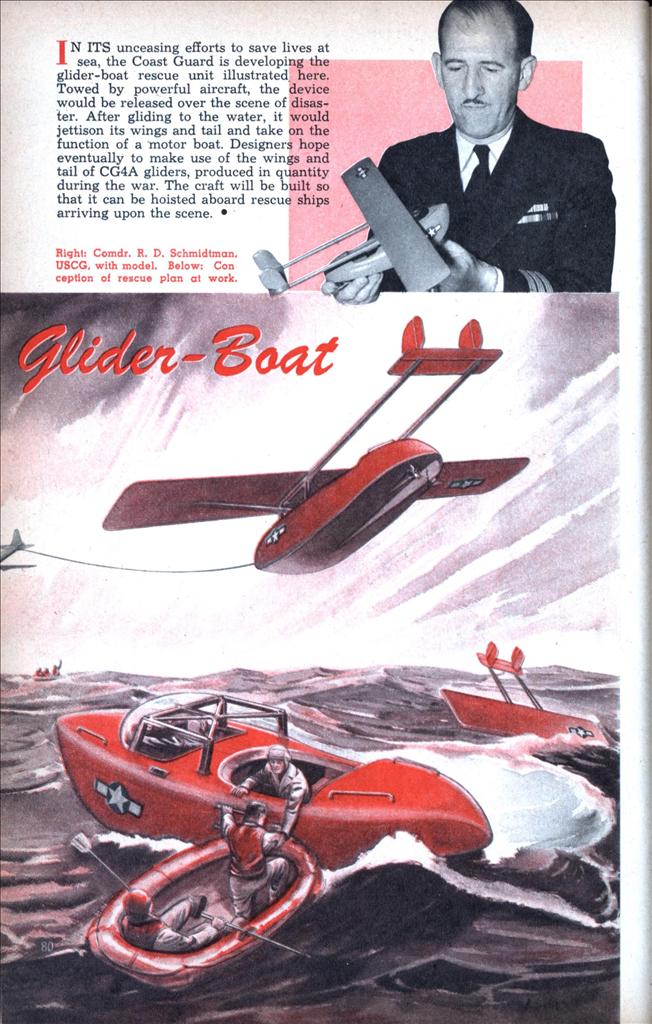 Glider-Boat
IN ITS unceasing efforts to save lives at sea, the Coast Guard is developing the glider-boat rescue unit illustrated here. Towed by powerful aircraft, the device would be released over the scene of disaster. After gliding to the water, it would jettison its wings and tail and take on the function of a motor boat. Designers hope eventually to make use of the wings and tail of CG4A gliders, produced in quantity during the war. The craft will be built so that it can be hoisted aboard rescue ships arriving upon the scene.