Modern Mechanix
Issue: May, 1931
Posted in: Architecture
1 Comment on Restaurant Entrance Like Bow of Ship Attracts Business (May, 1931)

Restaurant Entrance Like Bow of Ship Attracts Business (May, 1931) 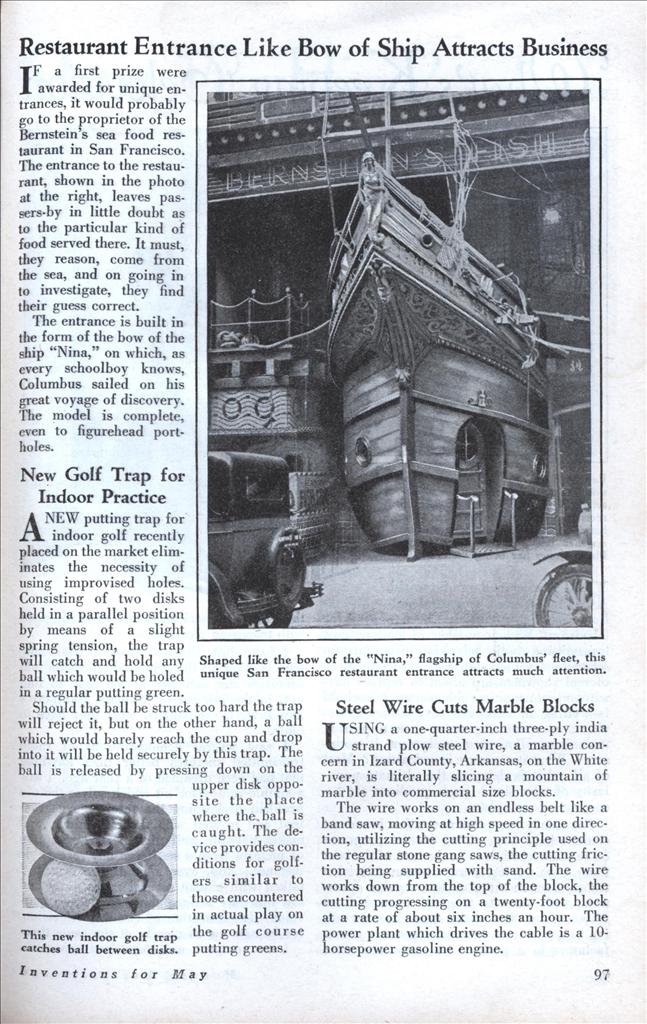 IF a first prize were awarded for unique entrances, it would probably go to the proprietor of the Bernstein’s sea food restaurant in San Francisco. The entrance to the restaurant, shown in the photo at the right, leaves passers-by in little doubt as to the particular kind of food served there. It must, they reason, come from the sea, and on going in to investigate, they find their guess correct.

The entrance is built in the form of the bow of the ship “Nina,” on which, as every schoolboy knows, Columbus sailed on his great voyage of discovery. The model is complete, even to figurehead portholes.