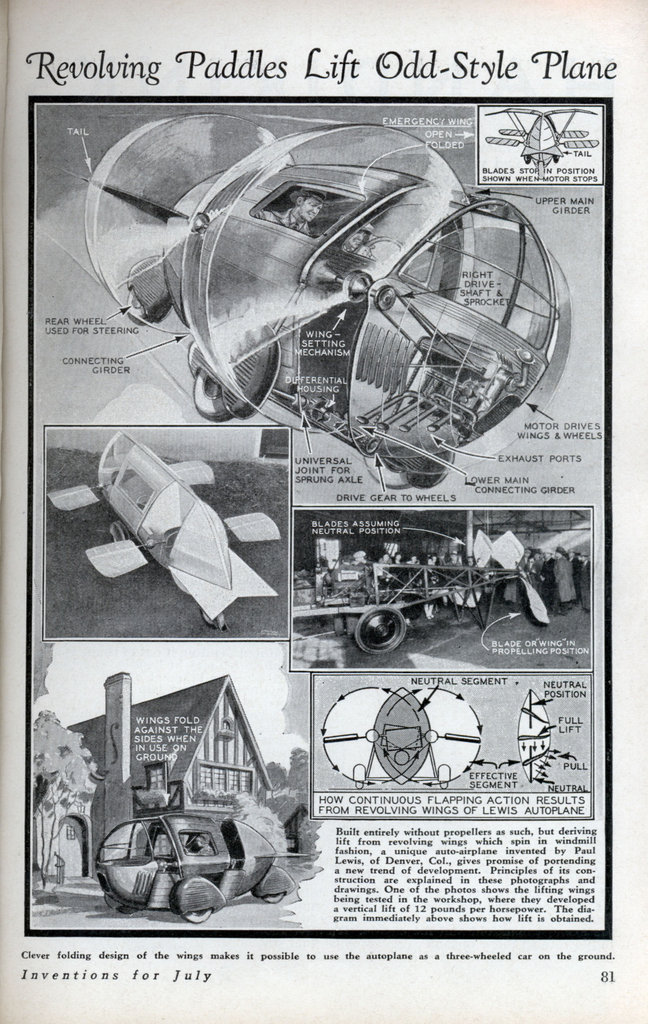 Built entirely without propellers as such, but deriving lift from revolving wings which spin in windmill fashion, a unique auto-airplane invented by Paul Lewis, of Denver, Col., gives promise of portending a new trend of development. Principles of its construction are explained in these photographs and drawings. One of the photos shows the lifting wings being tested in the workshop, where they developed a vertical lift of 12 pounds per horsepower. The diagram immediately above shows how lift is obtained.