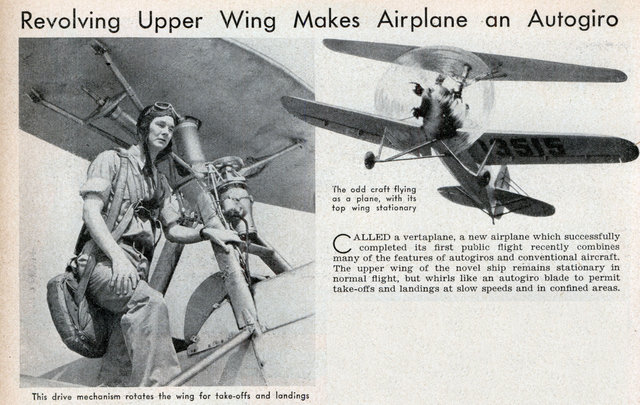 CALLED a vertaplane, a new airplane which successfully completed its first public flight recently combines many of the features of autogiros and conventional aircraft. The upper wing of the novel ship remains stationary in normal flight, but whirls like an autogiro blade to permit take-offs and landings at slow speeds and in confined areas.