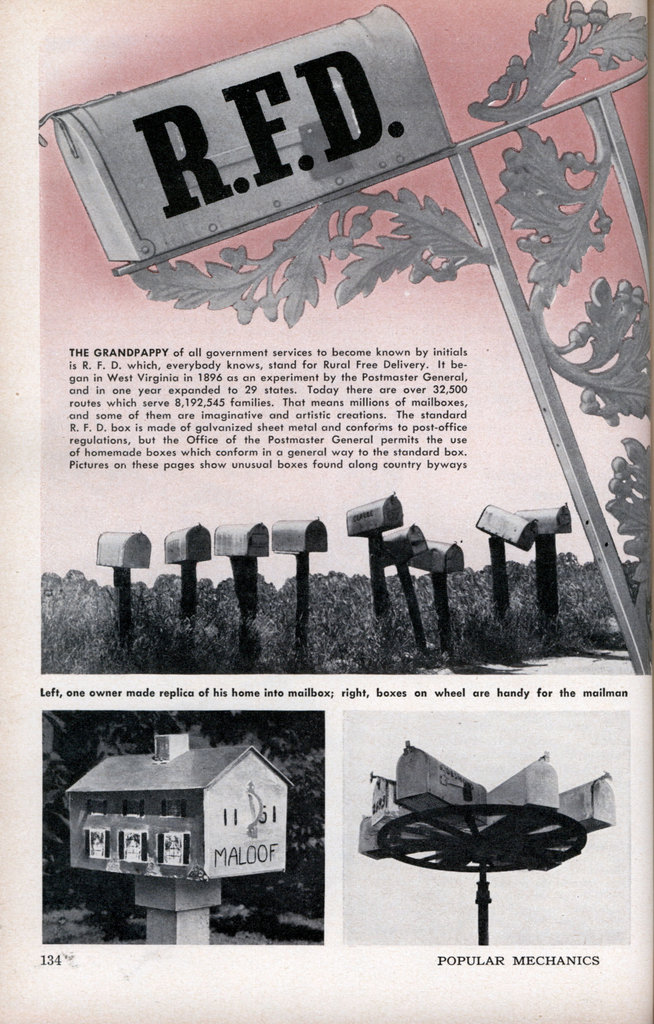 THE GRANDPAPPY of all government services to become known by initials is R. F. D. which, everybody knows, stand for Rural Free Delivery. It began in West Virginia in 1896 as an experiment by the Postmaster General, and in one year expanded to 29 states. Today there are over 32,500 routes which serve 8,192,545 families. That means millions of mailboxes, and some of them are imaginative and artistic creations. The standard R. F. D. box is made of galvanized sheet metal and conforms to post-office regulations, but the Office of the Postmaster General permits the use of homemade boxes which conform in a general way to the standard box. Pictures on these pages show unusual boxes found along country byways