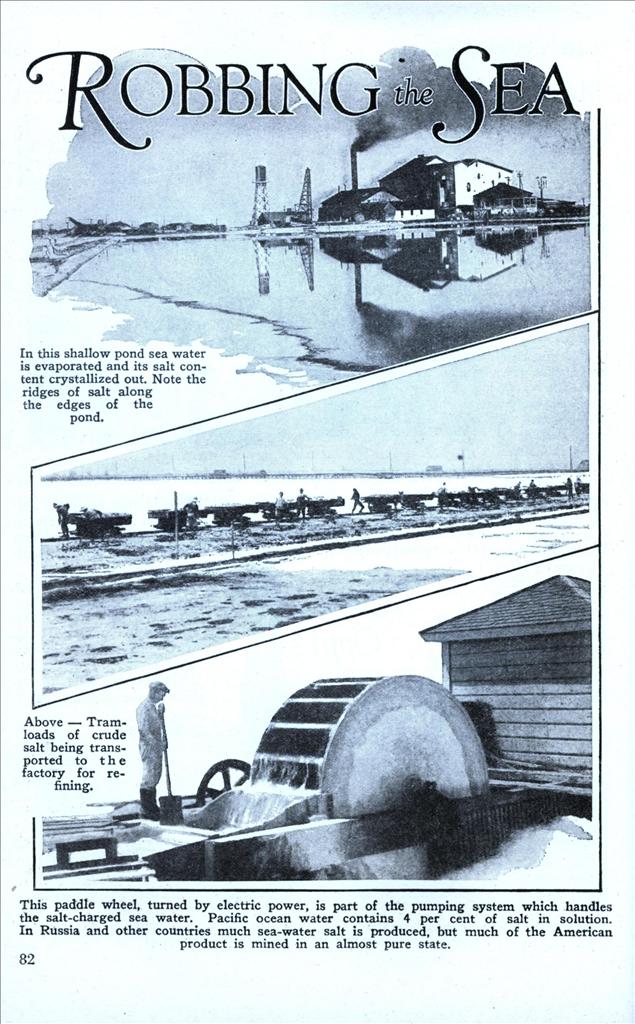 Above — Tram-loads of crude salt being transported to the factory for refining.

This paddle wheel, turned by electric power, is part of the pumping system which handles the salt-charged sea water. Pacific ocean water contains 4 per cent of salt in solution. In Russia and other countries much sea-water salt is produced, but much of the American

product is mined in an almost pure state.

Above — Harvesting the crude salt at the plant of the Leslie Salt Company on San Francisco Bay— the only factory in the country where “Old Sol” is employed to manufacture salt. After the sun has evaporated the sea water, the salt which remains is taken to the factory for refining by the vacuum process—the same as that used in refining sugar. From each cubic foot of sea water approximately two and a half pounds of salt are recovered. At the right are shown two of the large vacuum pans used in purifying the product.

View of the storage room where the refined salt is piled in sacks awaiting shipment. From

here the salt is shipped all over the country.