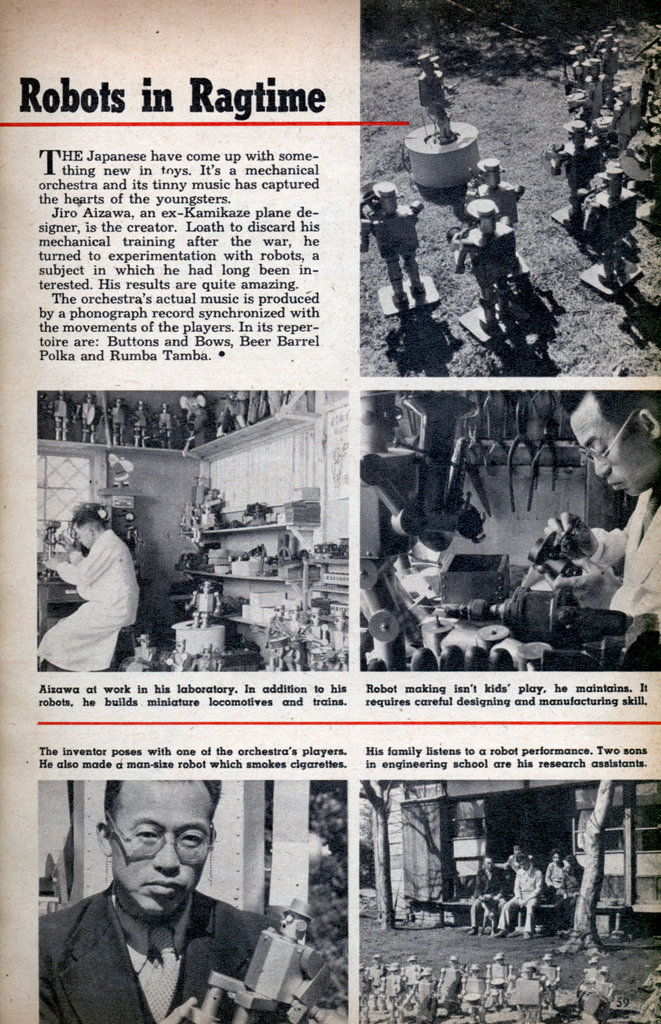 Robots in Ragtime
THE Japanese have come up with something new in toys. It’s a mechanical orchestra and its tinny music has captured the hearts of the youngsters.

Jiro Aizawa, an ex-Kamikaze plane designer, is the creator. Loath to discard his mechanical training after the war, he turned to experimentation with robots, a subject in which he had long been interested. His results are quite amazing.

The orchestra’s actual music is produced by a phonograph record synchronized with the movements of the players. In its repertoire are: Buttons and Bows, Beer Barrel Polka and Rumba Tamba.