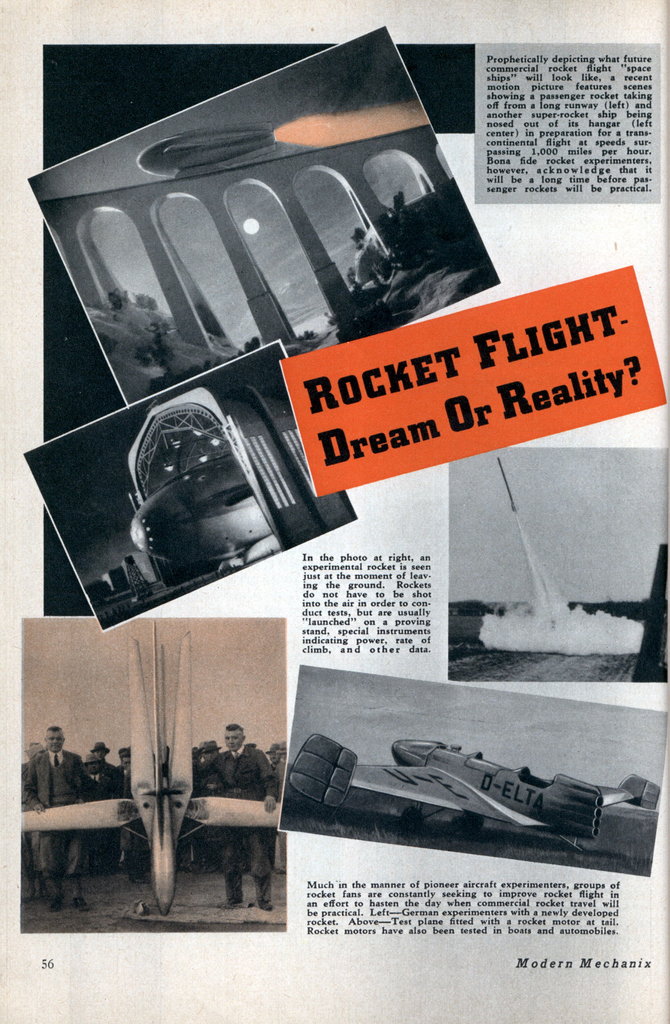 Prophetically depicting what future commercial rocket flight “space ships” will look like, a recent motion picture features scenes showing a passenger rocket taking off from a long runway (left) and another super-rocket ship being nosed out of its hangar (left center) in preparation for a transcontinental flight at speeds surpassing 1,000 miles per hour. Bona fide rocket experimenters, however, acknowledge that it will be a long time before passenger rockets will be practical.

In the photo at right, an experimental rocket is seen just at the moment of leaving the ground. Rockets do not have to be shot into the air in order to conduct tests, but are usually “launched” on a proving stand, special instruments indicating power, rate of climb, and other data.
Much in the manner of pioneer aircraft experimenters, groups of rocket fans are constantly seeking to improve rocket flight in an effort to hasten the day when commercial rocket travel will be practical. Leftâ€”â€”German experimenters with a newly developed rocket. Aboveâ€”Test plane fitted with a rocket motor at tail. Rocket motors have also been tested in boats and automobiles.