Unfortunately it would run out of fuel in about a minute. 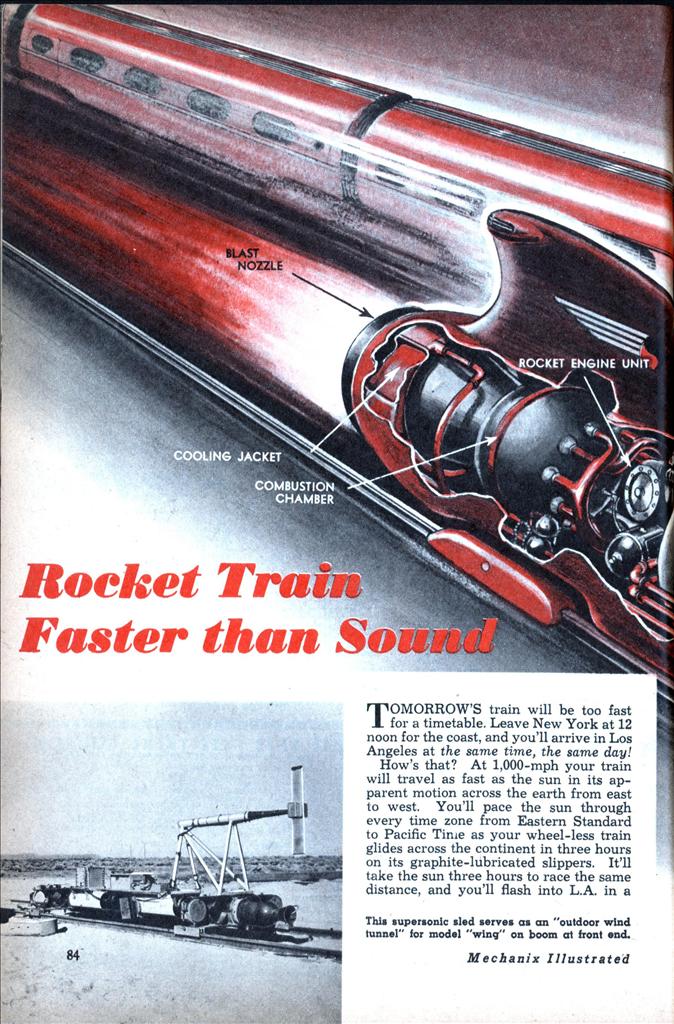 TOMORROW’S train will be too fast for a timetable. Leave New York at 12 noon for the coast, and you’ll arrive in Los Angeles at the same time, the same day!

How’s that? At 1,000-mph your train will travel as fast as the sun in its apparent motion across the earth from east to west. You’ll pace the sun through every time zone from Eastern Standard to Pacific Time as your wheel-less train glides across the continent in three hours on its graphite-lubricated slippers. It’ll take the sun three hours to race the same distance, and you’ll flash into L.A. in a dead heat—at the same time you started!

Such a super train is depicted here by MI Artist, Doug Rolfe. Its pattern is the Army “sled” recently tested at Muroc Air Base by the Northrop Aircraft Co. With five solid-fuel rockets it streaked along its standard-gauge railroad track at 1,019 mph, far faster than the speed of sound.

The sled originally was designed to help plane engineers crack the 750-mph barrier of sound and test air models at supersonic speeds. Before the sled shot off the rails and buried itself in the desert, however, it set a world’s record for speed on land and opened the way for a revolution in transport and rapid dispersal of our sardine-packed cities. •