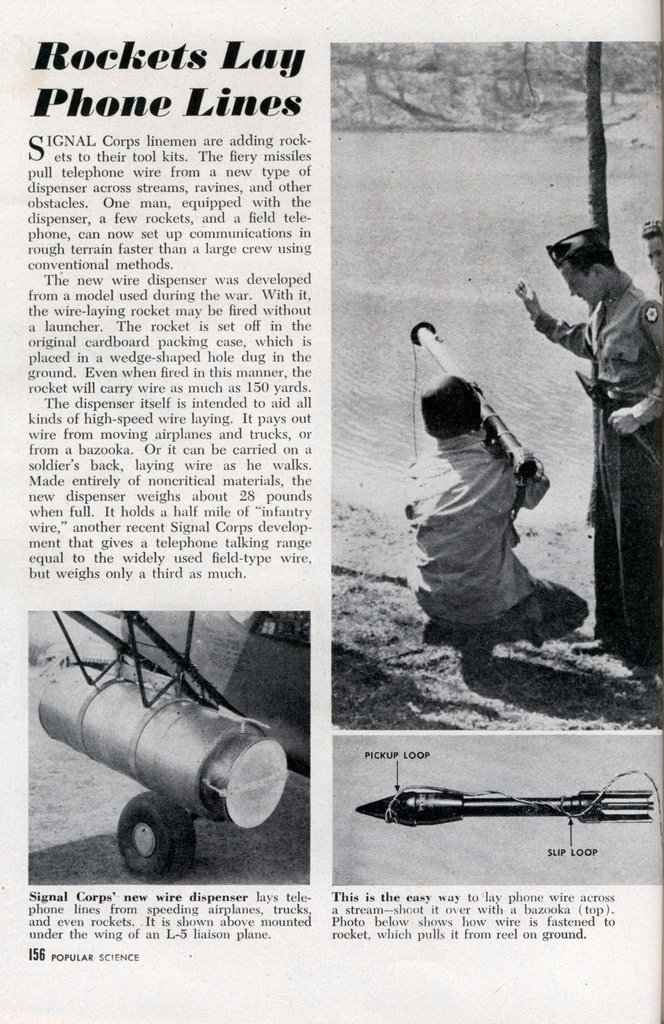 SIGNAL Corps linemen are adding rockets to their tool kits. The fiery missiles pull telephone wire from a new type of dispenser across streams, ravines, and other obstacles. One man, equipped with the dispenser, a few rockets, and a field telephone, can now set up communications in rough terrain faster than a large crew using conventional methods.

The new wire dispenser was developed from a model used during the war. With it. the wire-laying rocket may be fired without a launcher. The rocket is set off in the original cardboard packing case, which is placed in a wedge-shaped hole dug in the ground. Even when fired in this manner, the rocket will carry wire as much as 150 yards.

The dispenser itself is intended to aid all kinds of high-speed wire laying. It pays out wire from moving airplanes and trucks, or from a bazooka. Or it can be carried on a soldier’s back, laying wire as he walks. Made entirely of noncritical materials, the new dispenser weighs about 28 pounds when full. It holds a half mile of “infantry wire,” another recent Signal Corps development that gives a telephone talking range equal to the widely used field-type wire, but weighs only a third as much.