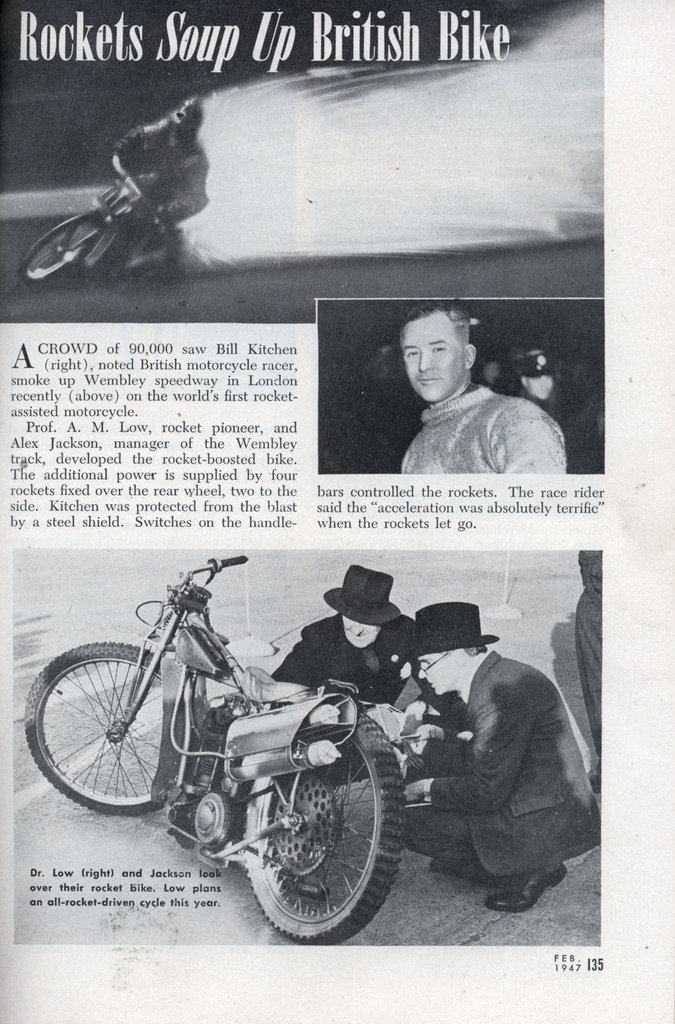 Prof. A. M. Low, rocket pioneer, and Alex Jackson, manager of the Wembley track, developed the rocket-boosted bike. The additional power is supplied by four rockets fixed over the rear wheel, two to the side. Kitchen was protected from the blast by a steel shield. Switches on the handle- bars controlled the rockets. The race rider said the “acceleration was absolutely terrific” when the rockets let go.