I have never seen any biography of Ronald Reagan that includes the fact that was an inductee of the Mechanix Illustrated Hobby Hall of Fame. What a travesty. How can I ever trust them again? 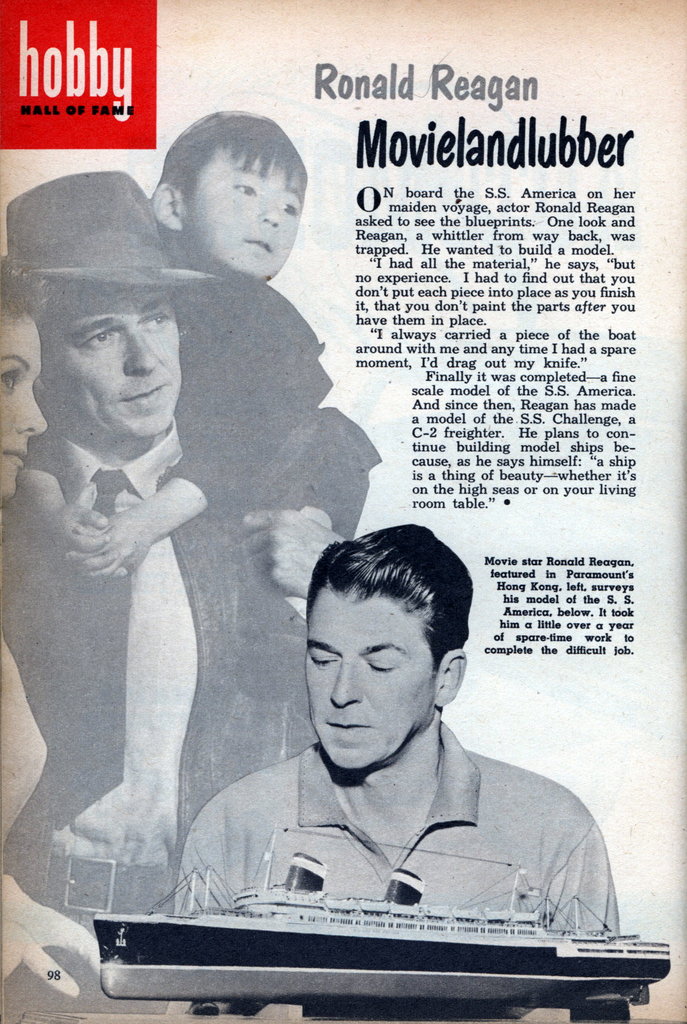 Ronald Reagan – Movielandlubber
ON board the S.S. America on her maiden voyage, actor Ronald Reagan asked to see the blueprints. One look and Reagan, a whittler from way back, was trapped. He wanted to build a model.

“I had all the material,” he says, “but no experience. I had to find out that you don’t put each piece into place as you finish it, that you don’t paint the parts after you have them in place.

“I always carried a piece of the boat around with me and any time I had a spare moment, I’d drag out my knife.”
Finally it was completedâ€”a fine scale model of the S.S. America. And since then, Reagan has made a model of the S.S. Challenge, a C-2 freighter. He plans to continue building model ships because, as he says himself: “a ship is a thing of beautyâ€”-whether it’s on the high seas or on your living room table.”

Caption: Movie star Ronald Reagan, featured in Paramount’s Hong Kong, left surveys his model of the S. S. America, below. It took him a little over a year of spare-time work to complete the difficult job.