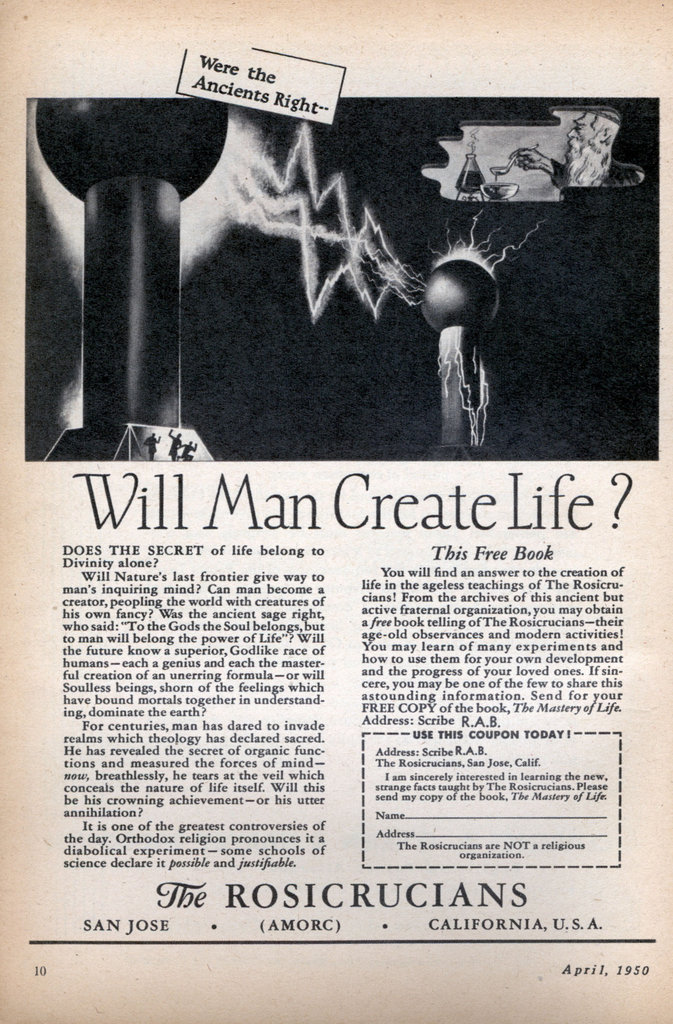 For centuries, man has dared to invade realms which theology has declared sacred. He has revealed the secret of organic functions and measured the forces of mindâ€” now, breathlessly, he tears at the veil which conceals the nature of life itself. Will this be his crowning achievementâ€”or his utter annihilation?

It is one of the greatest controversies of the day. Orthodox religion pronounces it a diabolical experiment â€”some schools of science declare it possible and justifiable.

You will find an answer to the creation of life in the ageless teachings of The Rosicrucians! From the archives of this ancient but active fraternal organization, you may obtain a free book telling of The Rosicruciansâ€”their age-old observances and modern activities! You may learn of many experiments and how to use them for your own development and the progress of your loved ones. If sincere, you may be one of the few to share this astounding information. Send for your FREE COPY of the book, The Mastery of Life. Address: Scribe R.A.B.