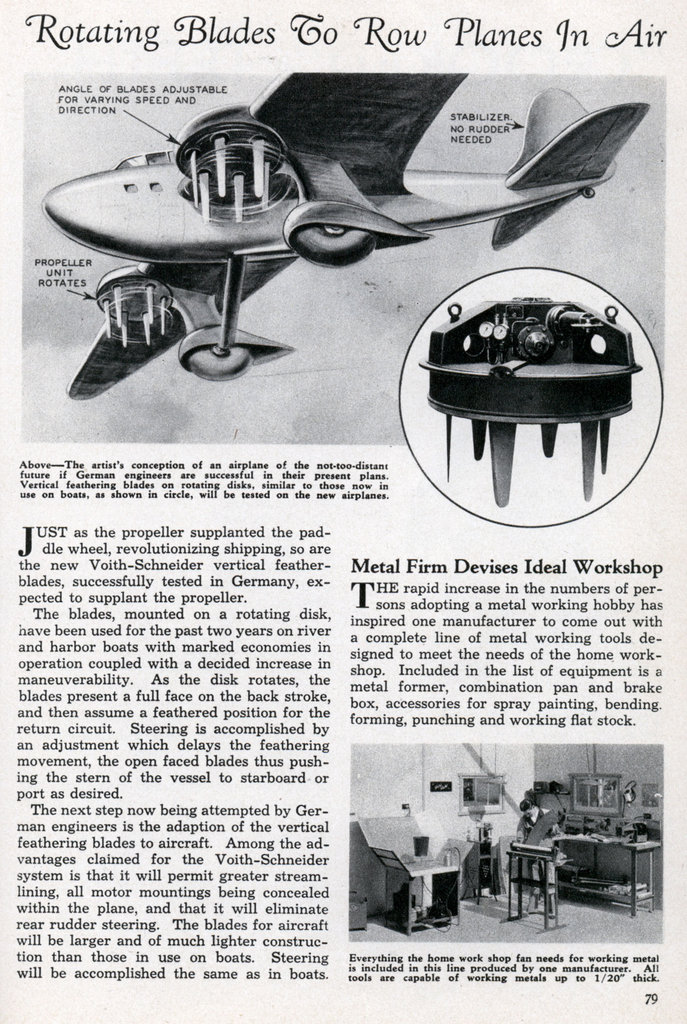 JUST as the propeller supplanted the paddle wheel, revolutionizing shipping, so are the new Voith-Schneider vertical feather-blades, successfully tested in Germany, expected to supplant the propeller.

The blades, mounted on a rotating disk, have been used for the past two years on river and harbor boats with marked economies in operation coupled with a decided increase in maneuverability. As the disk rotates, the blades present a full face on the back stroke, and then assume a feathered position for the return circuit. Steering is accomplished by an adjustment which delays the feathering movement, the open faced blades thus pushing the stern of the vessel to starboard or port as desired.

The next step now being attempted by German engineers is the adaption of the vertical feathering blades to aircraft. Among the advantages claimed for the Voith-Schneider system is that it will permit greater streamlining, all motor mountings being concealed within the plane, and that it will eliminate rear rudder steering. The blades for aircraft will be larger and of much lighter construction than those in use on boats. Steering will be accomplished the same as in boats.