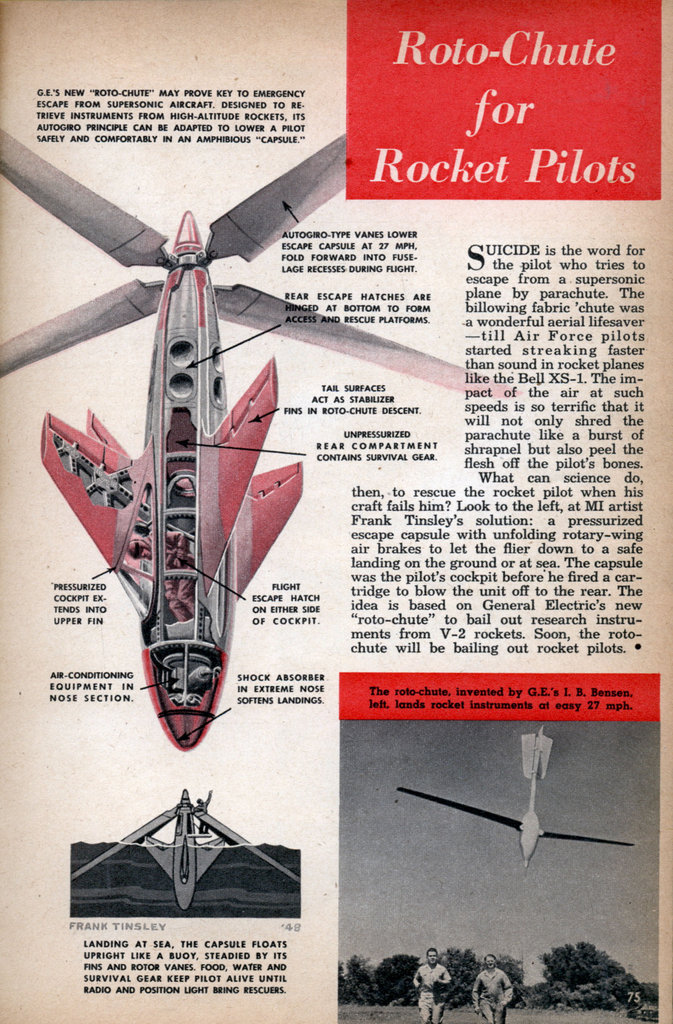 SUICIDE is the word for the pilot who tries to escape from a supersonic plane by parachute. The billowing fabric ‘chute was -a wonderful aerial lifesaver â€”till Air Force pilots started streaking faster than sound in rocket planes like the Bell XS-1. The impact of the air at such speeds is so terrific that it will not only shred the parachute like a burst of shrapnel but also peel the flesh off the pilot’s bones. What can science do, then, to rescue the rocket pilot when his craft fails him? Look to the left, at MI artist Frank Tinsley’s solution: a pressurized escape capsule with unfolding rotary-wing air brakes to let the flier down to a safe landing on the ground or at sea. The capsule was the pilot’s cockpit before he fired a cartridge to blow the unit off to the rear. The idea is based on General Electric’s new “roto-chute” to bail out research instruments from V-2 rockets. Soon, the roto-chute will be bailing out rocket pilots.