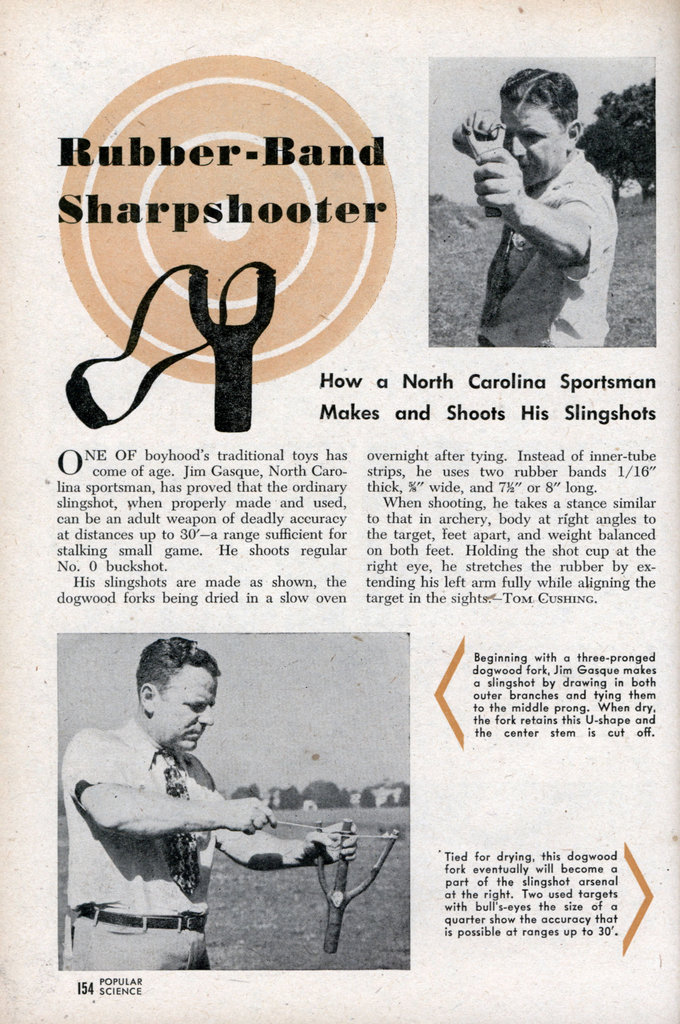 ONE OF boyhood’s traditional toys has come of age. Jim Gasque, North Carolina sportsman, has proved that the ordinary slingshot, when properly made and used, can be an adult weapon of deadly accuracy at distances up to 30’â€”a range sufficient for stalking small game. He shoots regular No. 0 buckshot.

His slingshots are made as shown, the dogwood forks being dried in a slow oven overnight after tying. Instead of inner-tube strips, he uses two rubber bands 1/16″ thick, 5/8″ wide, and 7-1/2″or 8″ long.

When shooting, he takes a stance similar to that in archery, body at right angles to the target, feet apart, and weight balanced on both feet. Holding the shot cup at the right eye, he stretches the rubber by extending his left arm fully while aligning the target in the sights -Tom Cushing.