Runway for Airplanes Atop Skyscrapers (Feb, 1930)

Landing airplanes on top of buildings was a really common theme in articles of this time. It’s kind of boggling that anyone thought it could be done safely. 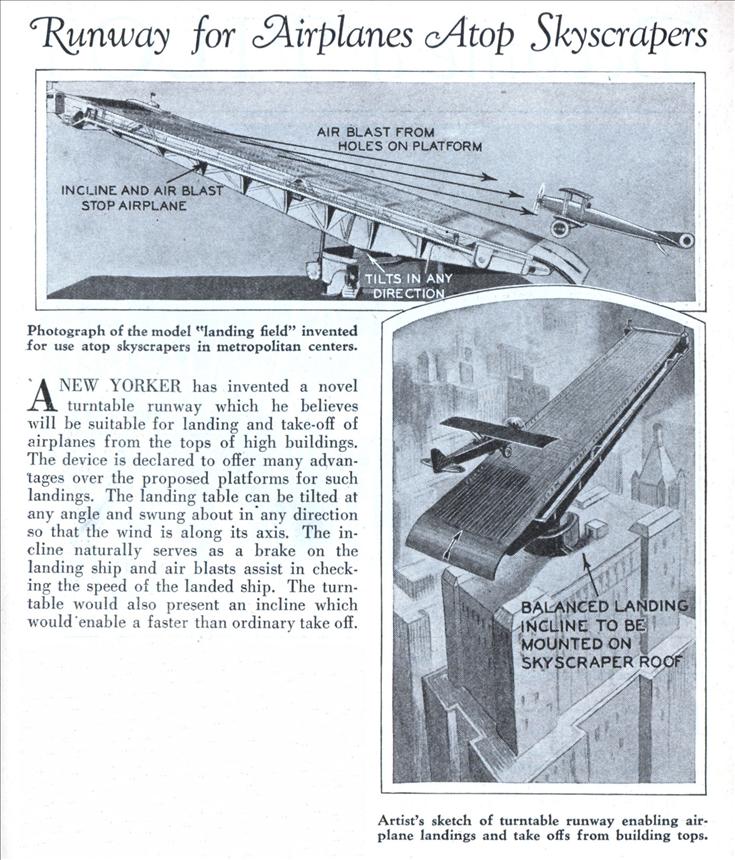 Runway for Airplanes Atop Skyscrapers
A NEW YORKER has invented a novel turntable runway which he believes will be suitable for landing and take-off of airplanes from the tops of high buildings. The device is declared to offer many advantages over the proposed platforms for such landings. The landing table can be tilted at any angle and swung about in any direction so that the wind is along its axis. The incline naturally serves as a brake on the landing ship and air blasts assist in checking the speed of the landed ship. The turntable would also present an incline which would enable a faster than ordinary take off.