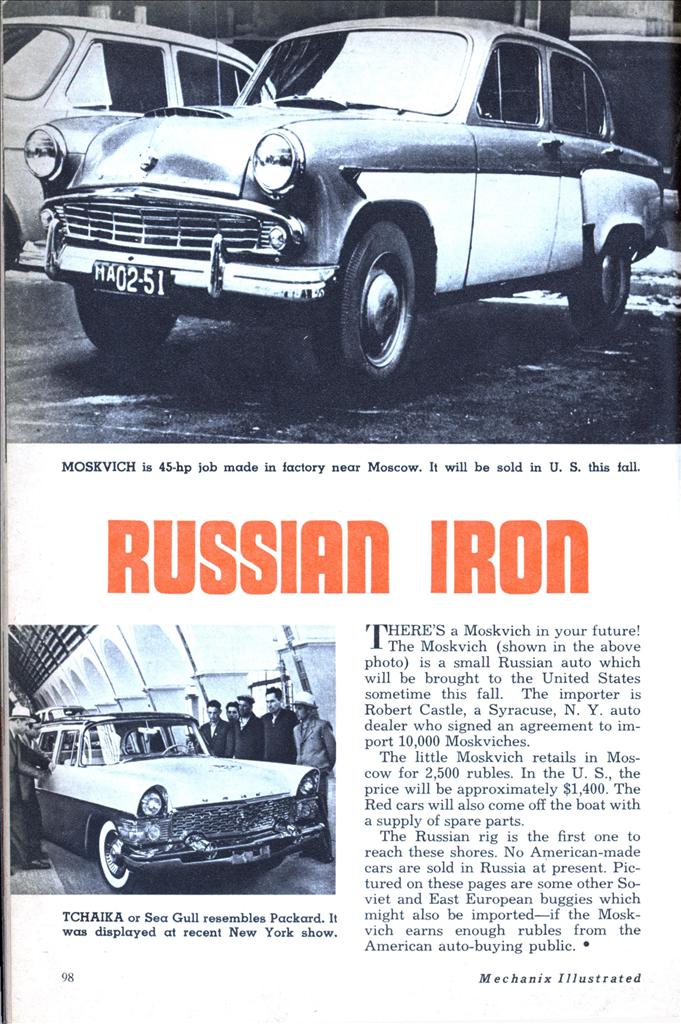 THERE’S a Moskvich in your future!

The Moskvich (shown in the above photo) is a small Russian auto which will be brought to the United States sometime this fall. The importer is Robert Castle, a Syracuse, N. Y. auto dealer who signed an agreement to import 10,000 Moskviches.

The little Moskvich retails in Moscow for 2,500 rubles. In the U. S., the price will be approximately $1,400. The Red cars will also come off the boat with a supply of spare parts.

The Russian rig is the first one to reach these shores. No American-made cars are sold in Russia at present. Pictured on these pages are some other Soviet and East European buggies which might also be imported—if the Moskvich earns enough rubles from the American auto-buying public. •