That’s it. No article. Just captions. 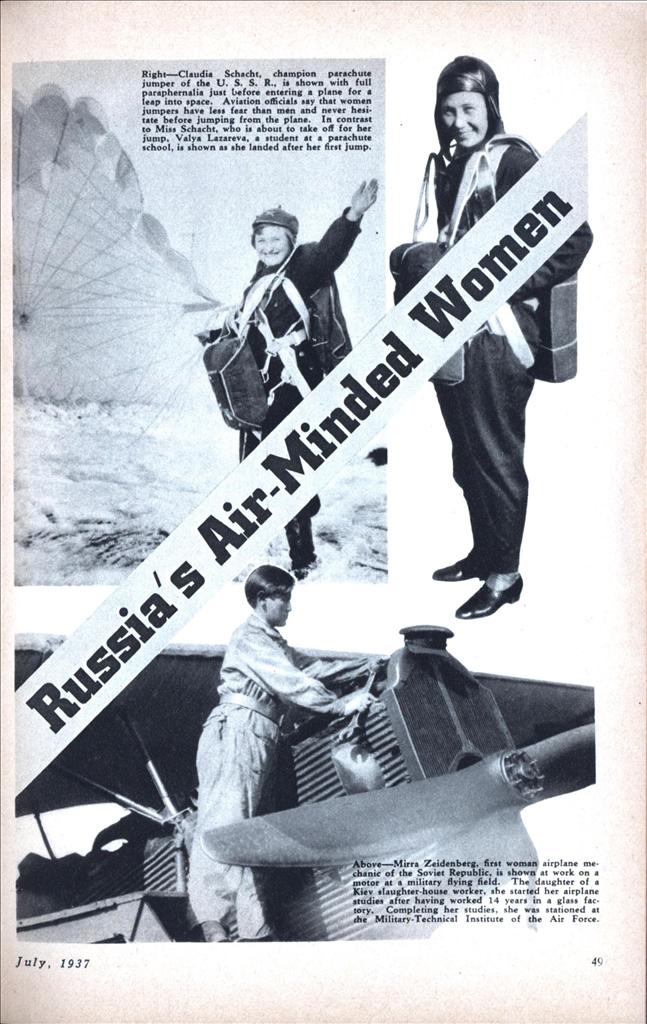 Right—Claudia Schacht, champion parachute jumper of the U. S. S. R., it shown with full paraphernalia just before entering a plane for a leap into space. Aviation officials say that women jumpers have less fear than men and never hesitate before jumping from the plane. In contrast to Miss Schacht, who is about to take off for her jump. Valya Lazareva, a student at a parachute school, is shown as she landed after her first jump.

Above—Mirra Zeidenberg, first woman airplane mechanic of the Soviet Republic, is shown at work on a motor at a military flying field. The daughter of a Kiev slaughter-house worker, she started her airplane studies after having worked 14 years in a glass factory. Completing her studies, she was stationed at the Military-Technical Institute of the Air Force.