There is a Facebook photo album about this car. Anyway, according to the caption the car did not prevent the Governor from being deposed by Chiang Kaishek and assassinated by the Japanese. 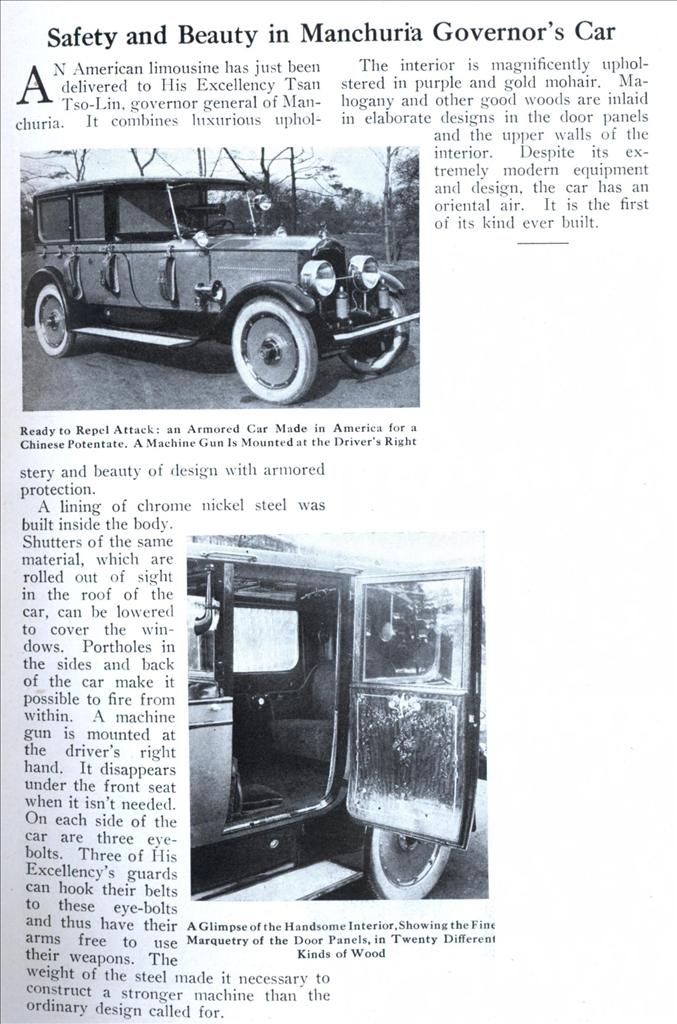 AN American limousine has just been delivered to His Excellency Tsan Tso-Lin, governor general of Manchuria. It combines luxurious upholstery and beauty of design with armored protection.

A lining of chrome nickel steel was built inside the body. Shutters of the same material, which are rolled out of sight in the roof of the car, can be lowered to cover the windows. Portholes in the sides and back of the car make it possible to fire from within. A machine gun is mounted at the driver’s right hand. It disappears under the front seat when it isn’t needed. On each side of the car are three eve-bolts. Three of His Excellency’s guards can hook their belts to these eye-bolts and thus have their arms free to use their weapons. The weight of the steel made it necessary to construct a stronger machine than the ordinary design called for.

The interior is magnificently upholstered in purple and gold mohair. Mahogany and other good woods are inlaid in elaborate designs in the door panels and the upper walls of the interior. Despite its extremely modern equipment i and design, the car has an oriental air. It is the first of its kind ever built.