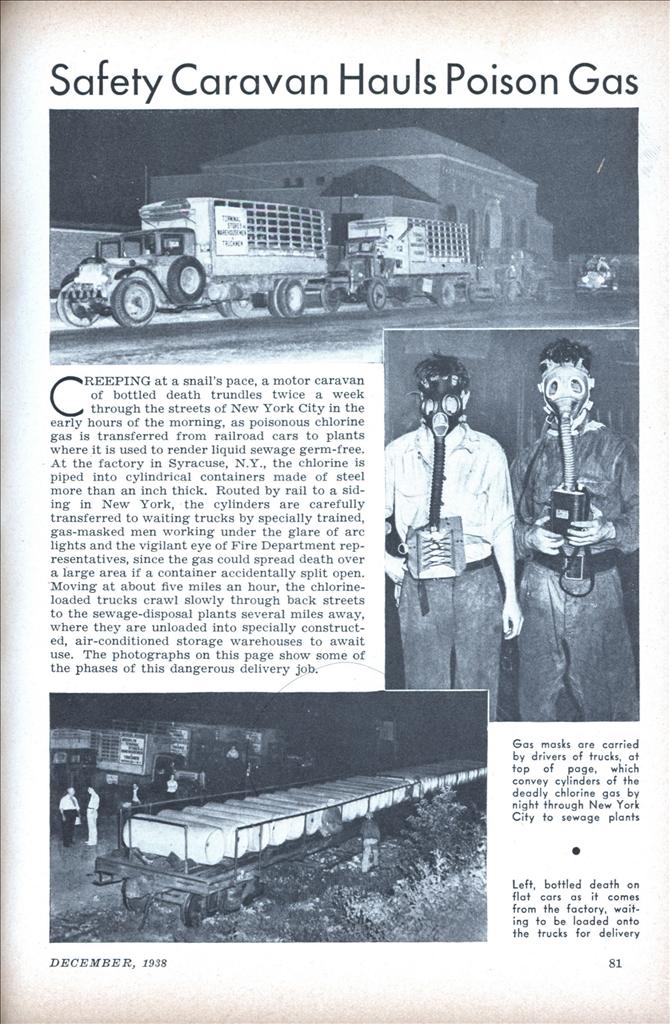 CREEPING at a snail’s pace, a motor caravan of bottled death trundles twice a week through the streets of New York City in the early hours of the morning, as poisonous chlorine gas is transferred from railroad cars to plants where it is used to render liquid sewage germ-free. At the factory in Syracuse, N.Y., the chlorine is piped into cylindrical containers made of steel more than an inch thick. Routed by rail to a siding in New York, the cylinders are carefully transferred to waiting trucks by specially trained, gas-masked men working under the glare of arc lights and the vigilant eye of Fire Department representatives, since the gas could spread death over a large area if a container accidentally split open. Moving at about five miles an hour, the chlorine-loaded trucks crawl slowly through back streets to the sewage-disposal plants several miles away, where they are unloaded into specially constructed, air-conditioned storage warehouses to await use. The photographs on this page show some of the phases of this dangerous delivery job.