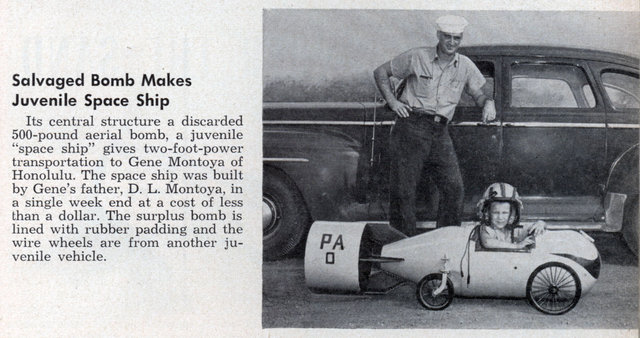 Salvaged Bomb Makes Juvenile Space Ship
Its central structure a discarded 500-pound aerial bomb, a juvenile “space ship” gives two-foot-power transportation to Gene Montoya of Honolulu. The space ship was built by Gene’s father, D. L. Montoya, in a single week end at a cost of less than a dollar. The surplus bomb is lined with rubber padding and the wire wheels are from another juvenile vehicle.