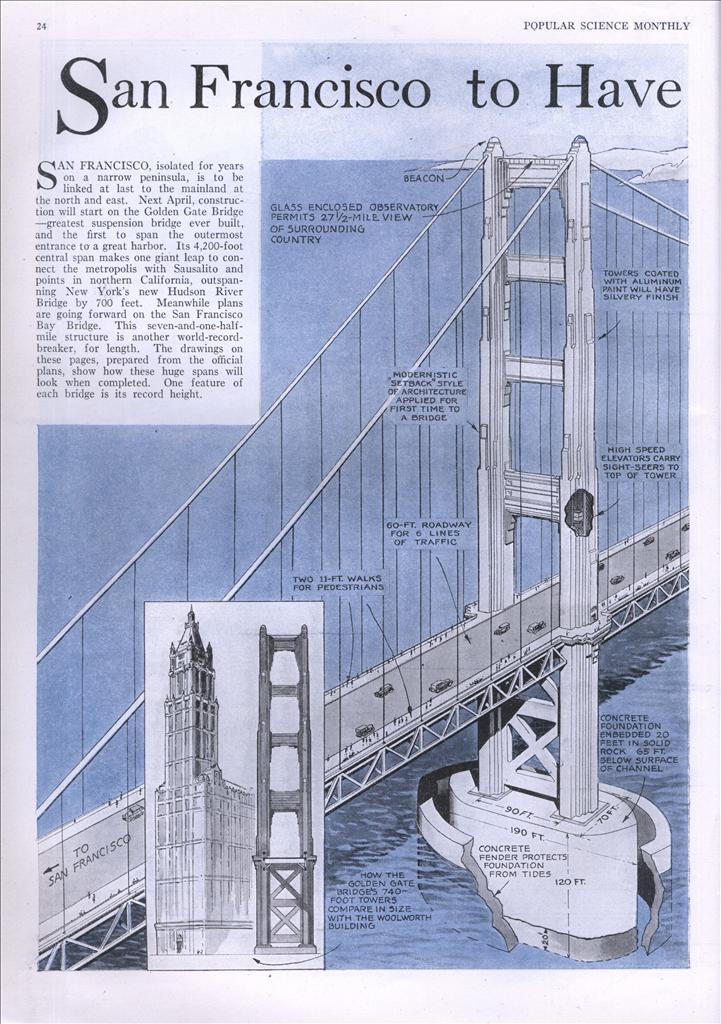 SAN FRANCISCO, isolated for years on a narrow peninsula, is to be linked at last to the mainland at the north and east. Next April, construction will start on the Golden Gate Bridge —greatest suspension bridge ever built, and the first to span the outermost entrance to a great harbor. Its 4,200-foot central span makes one giant leap to connect the metropolis with Sausalito and points in northern California, outspanning New York’s new Hudson River Bridge by 700 feet. Meanwhile plans are going forward on the San Francisco Bay Bridge. This seven-and-one-half-mile structure is another world-record-breaker, for length. The drawings on these pages, prepared from the official plans, show how these huge spans will look when completed. One feature of each bridge is its record height.