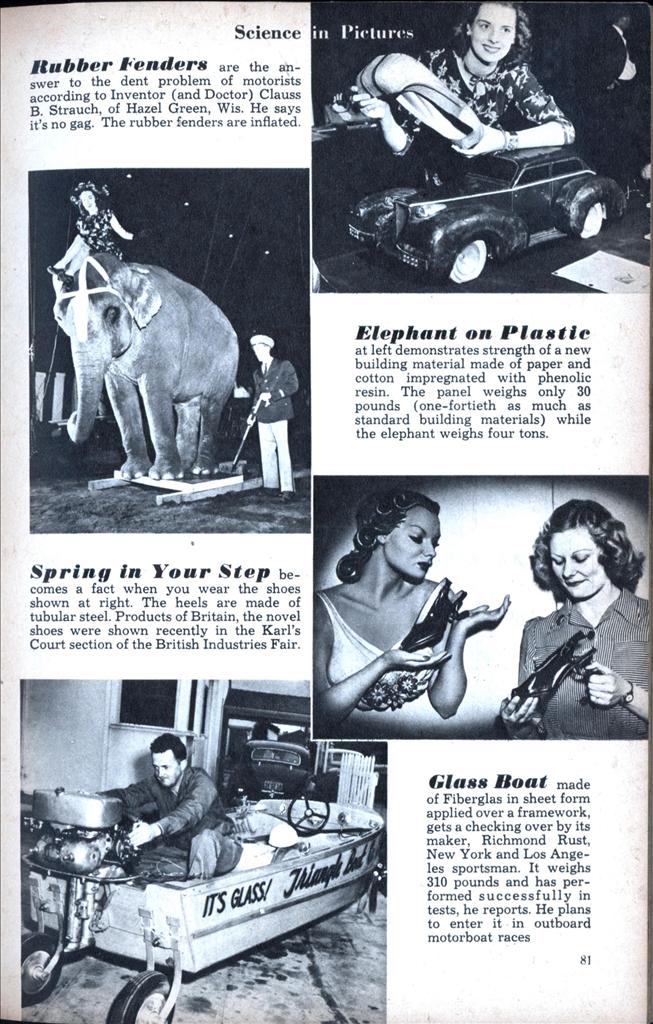 Rubber Fenders are the answer to the dent problem of motorists according to Inventor (and Doctor) Clauss B. Strauch, of Hazel Green, Wis. He says it’s no gag. The rubber fenders are inflated.

Elephant on Plastic at left demonstrates strength of a new building material made of paper and cotton impregnated with phenolic resin. The panel weighs only 30 pounds (one-fortieth as much as standard building materials) while the elephant weighs four tons.

Spring in Your Step becomes a fact when you wear the shoes shown at right. The heels are made of tubular steel. Products of Britain, the novel shoes were shown recently in the Karl’s Court section of the British Industries Fair.

Glass Boat made of Fiberglas in sheet form applied over a framework, gets a checking over by its maker, Richmond Rust, New York and Los Angeles sportsman. It weighs 310 pounds and has performed successfully in tests, he reports. He plans to enter it in outboard motorboat races